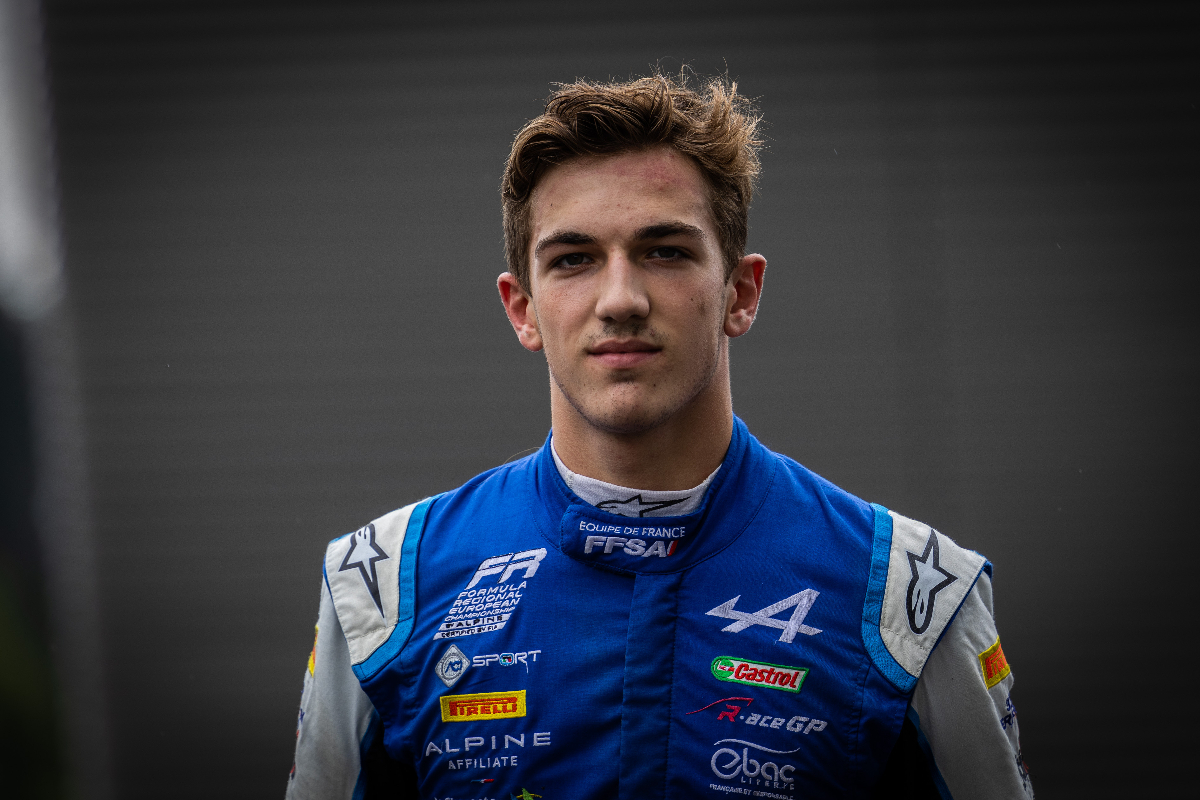 The R-ace GP driver had little competition throughout the race, and was comfortably ahead of Dino Beganovic when the safety car was brought out at the end of the penultimate lap.

David held the lead off the line, but had no chance to extend a gap before the safety car was brough out for an incident between Roman Bilinski and Esteban Masson at Turn 7.

On the restart, David immediately pulled away, leaving Beganovic to deal with Joshua Dufek. Before Dufek could make a move, there was a second safety car interruption, this time caused by team-mates Mari Boya and Dilano van‘t Hoff colliding.

Again, David got a good restart. This time he couldn’t shake those behind, and spent the final stage of the race with three cars close behind. None were close enough to make a move, and he began to pull away on the penultimate lap when Lorenzo Fluxa hit the wall at turn four, bringing out the safety car for a third and final time.

The race would end under safety car conditions, leaving David to claim his third win of the season.

Mini climbed up from seventh on the grid to take fourth. A wide moment for Owen Tangavelou early on dropped the Race Performance Motorsport driver down the order, promoting Mini to sixth. He made quick work of Tangavelou’s team-mate Pierre-Louis Chovet, passing him before the first safety car period.

Gabrielle Bortoleto put up more of a fight. The pair ran side-by-side multiple times, with Chovet close behind waiting to take advantage. Mini managed to find a way through and Chovet pulled alongside Bortoleto, but the R-ace GP driver did not lose another position.

Bortoleto remained close to Mini but couldn’t think of making a move before the safety car came out.

Joshua Durksen took sixth late on, passing Chovet as he battled to stay ahead of Tangavelou. Another wide moment for Tangavelou dropped him further back, and he took the chequered flag 11th.

It was an eventful race for Tim Tramnitz. He first came up against Paul Aron, forcing him to run wide through the gravel, then was challenged by Eduardo Barrichello who found a way through at Turn 6 to finish eighth.