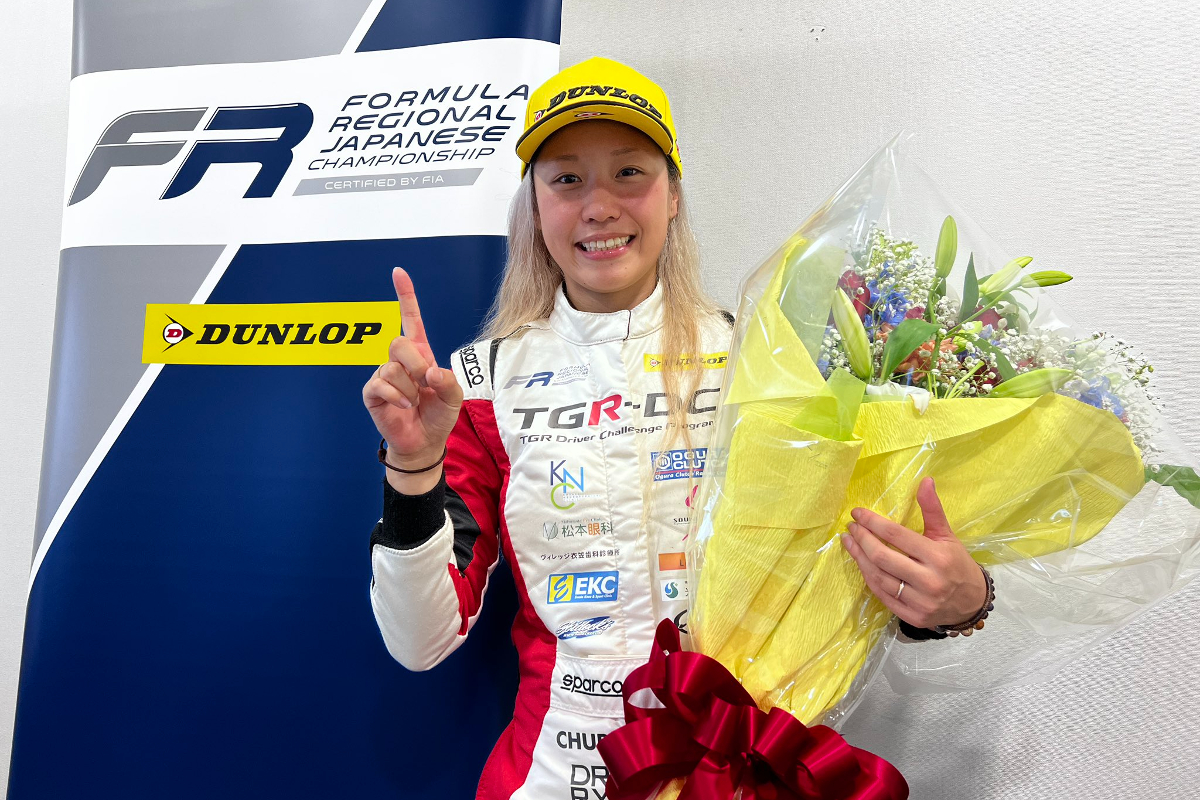 Super Licence’s Miki Koyama won the 2022 Formula Regional Japan title with three races to spare with her seventh win of the season at Fuji Speedway.

Koyama started the weekend by taking her fifth pole position in Q1, edging Sutekina Racing Team’s Riki Okusa by 0.027 seconds, then in Q2 he struck back to head her by 0.206s and take pole for races two and three of the weekend.

Okusa also got the upper hand in race one as he made a better start than Koyama to take the lead. A three-way fight with Yoshiaki Katayama then developed, after Katayama’s early fight for third with Sota Ogawa led to the latter spinning following contact, but then in the final third of the race the top two pulled away.

Koyama tied to make a move on Okusa several times in the last two laps but could not break his defences, and Okusa earned his first win of the season.

Ogawa finished a distant fourth, and “Hirobon” held off Takashi Hata for fifth place overall and victory in the Masters classification. Yuki Tanaka was late to start the race due to fuel system trouble, and then retired.

Koyama wrapped up the title in race two, but once again had a slow start and was demoted to third by Katayama on the opening lap. She was almost passed by Ogawa too but held him off and then went on the attack.

It took a few laps to recover second from Katayama, then a further two for Koyama to catch and pass Okusa.

While Koyama then pulled away to claim victory and the title, Okusa struggled and dropped back massively to finish 12s behind in third place. Ogawa made it into second, and finished 2.5s behind the winner, and Hata came fourth.

Okusa’s race three pole counted for little once his car started malfunctioning on the opening lap, and Ogawa moved into an early lead ahead of Koyama.

Although Koyama had the pace to get ahead, she could not find a way around Ogawa’s defences and the Bionic Jack Racing driver resisted her for his second win of 2022. Katayama finished some way behind in third, and “Hirobon” was Masters winner in fourth.