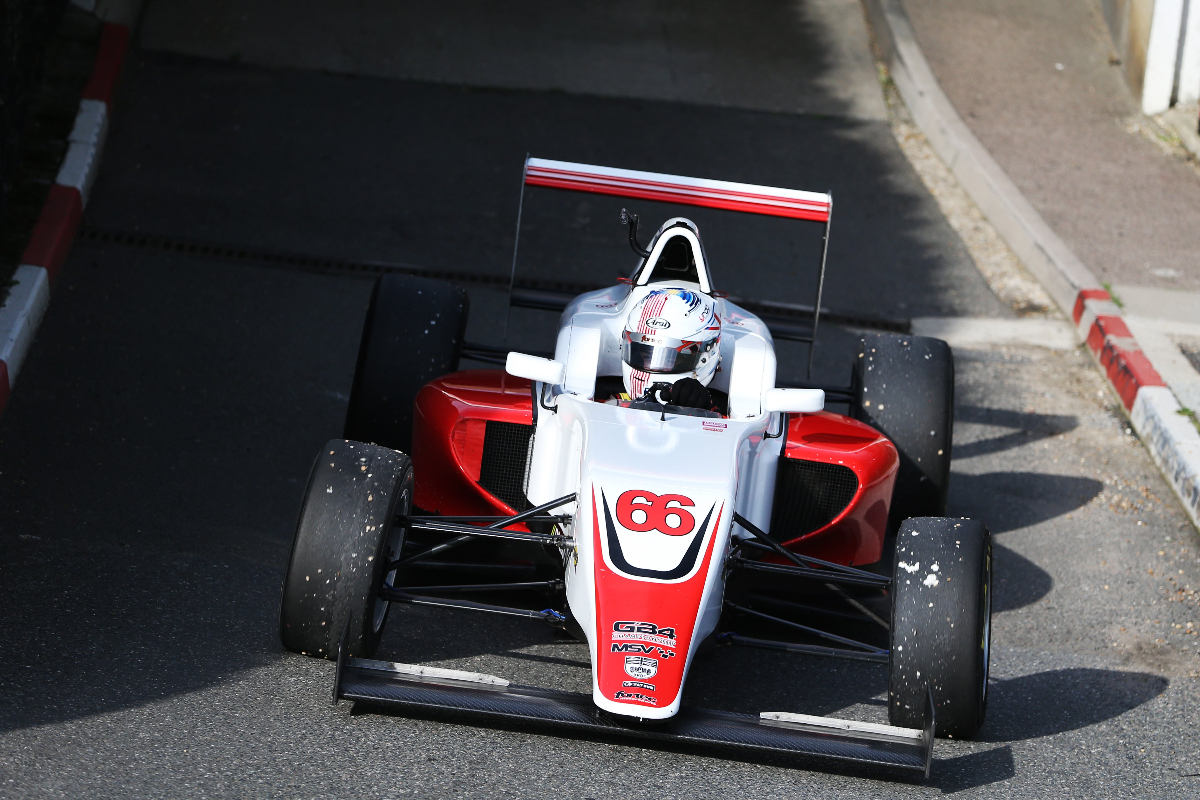 Fortec Motorsports’ Nikolas Taylor created a gap at the top of the GB4 standings again with victory in race two at Brands Hatch as an issue hampered Max Marzorati.

Taylor converted pole into the lead, as Jarrod Waberski and Tom Mills came to blows behind on the opening lap.

The Kevin Mills Racing duo made contact exiting Druids, with race one winner Mills ending up off the road before pitting with a front-left puncture.

Avoiding damage, Waberski remained in the mirrors of Taylor throughout, the latter holding on by 0.745s seconds at the chequered flag.

Jack Sherwood took third away from Marzorati on the exit of Paddock Hill Bend early on, and the Elite Motorsport driver was the fastest of all in the race’s second half, coming home 1.6s behind Waberski.

After losing out to Sherwood, Marzorati appeared to start slowing with an issue. Chloe Grant pounced at Surtees to snatch fourth, the Graham Brunton Racing driver remaining there until the finish to score her best result of the season.

Fortec’s Jessica Edgar then passed the ailing Marzorati to finish fifth, with the Hillspeed driver soon caught and passed at Sheen Curve by GBR’s Logan Hannah, who was recovering from a stall at the start.

But Hannah spun out of the race late on at Dingle Dell, promoting Marzorati, who now trails Taylor by 18 points, back to sixth.

Megan Gilkes finished within 0.380s of her team-mate, while Mills was a distant eighth.