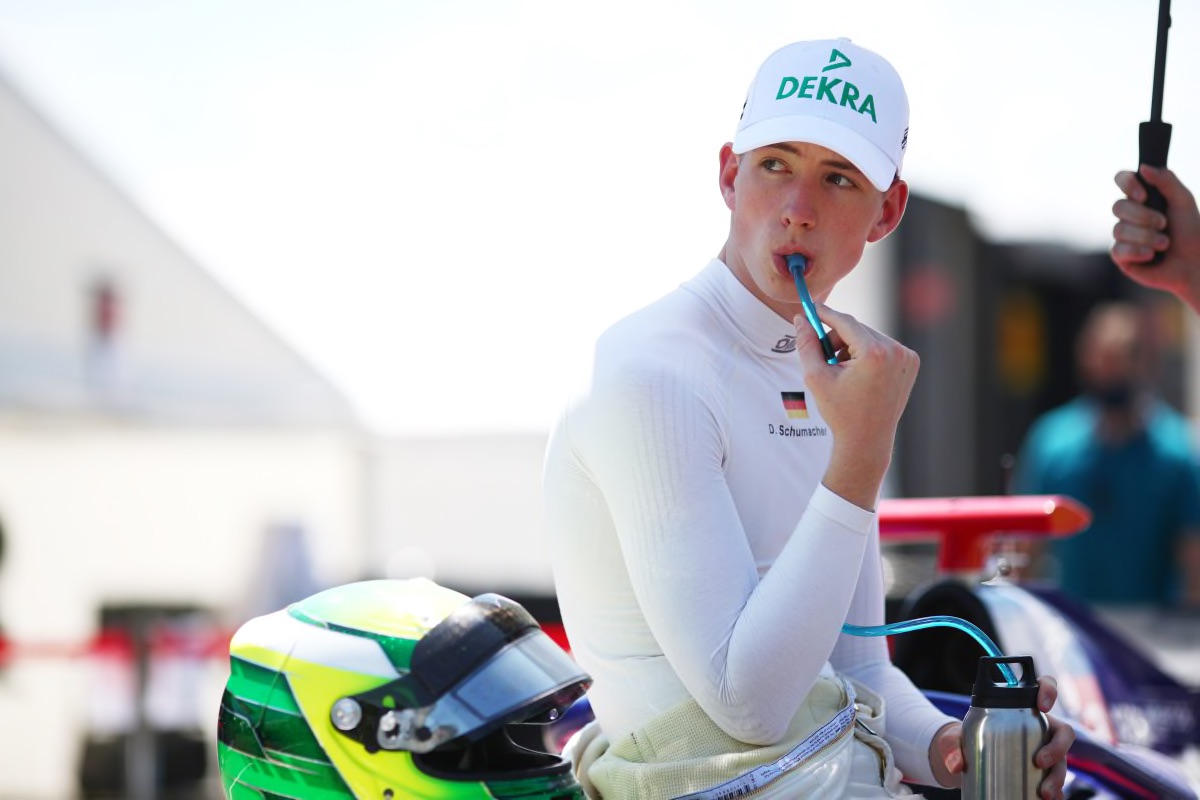 David Schumacher has joined Carlin for the final three rounds of the FIA Formula 3 Championship season following his departure from the Charouz team.

Schumacher and his six-time grand prix winning father Ralf announced last week that he would leave Charouz having finished no higher than 12th in the 12 races run so far this season.

The 18-year-old will take over the Carlin entry that was vacated earlier this year by Enaam Ahmed, and raced over the most recent rounds by Ben Barnicoat and Leonardo Pulcini.

“I haven’t quite had the season I hoped for so far”, said Schumacher, who won races for his father’s US Racing outfit in the Formula Regional European Championship last year before stepping up to F3.

“I want to thank the Charouz team for all their efforts over the last few months and wish them all the best for the future.

“I look forward to this new challenge now with Carlin and will be pushing hard to end the season with some strong results.”

Almost all of Carlin’s points this season have been scored by Clement Novalak, who has scored two Sunday podium finishes and sits 10th in the standings.

“We’re excited to welcome David to the team,” team boss Trevor Carlin said. “He has shown plenty of potential and we look forward to working with him for the remainder of the 2020 season.

“We don’t have much time to prepare together for Spa but the team are working hard to make sure we’re in good shape for the start of the weekend.”

There are three more vacancies on the FIA F3 grid to be officially filled before this weekend’s races at Spa: Schumacher’s old Charouz seat, the Hitech GP drive freed up by Max Fewtrell’s departure and a ride at Campos in place of Sophia Floersch, who will be racing in the European Le Mans Series instead.