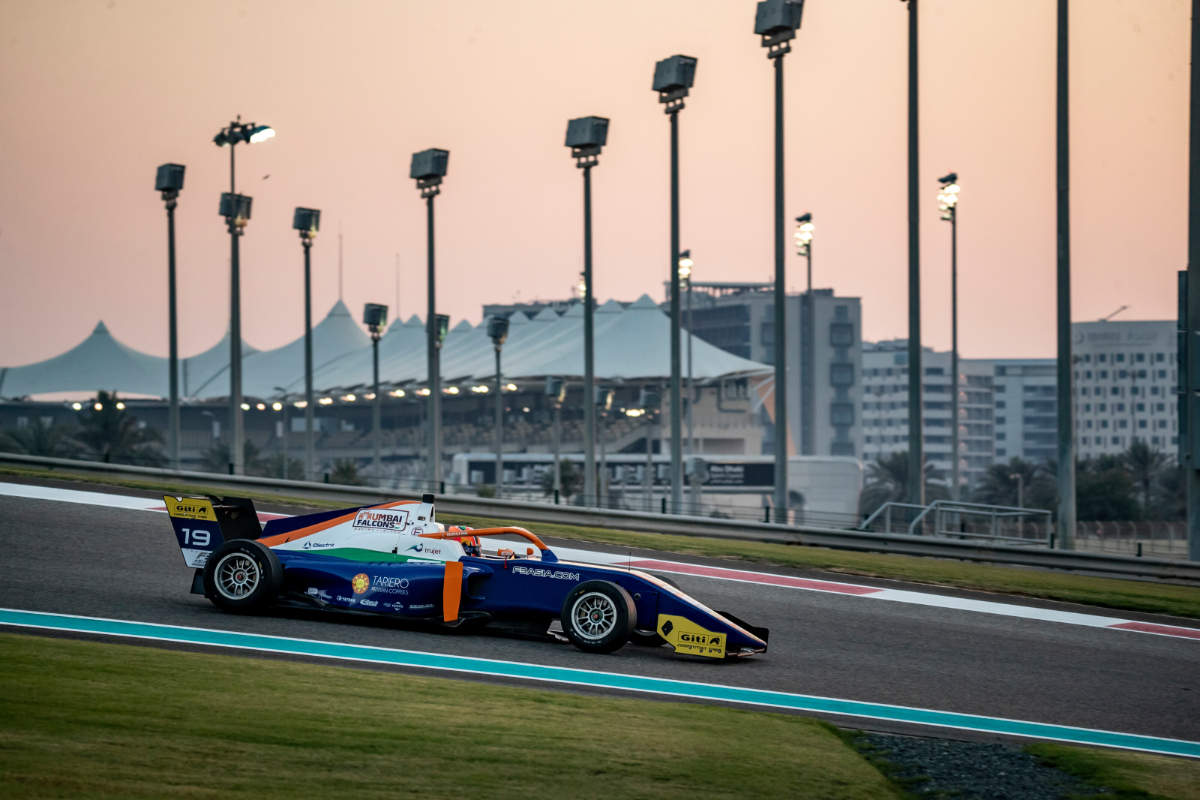 Jehan Daruvala got his Asian Formula 3 title assault back on track as he beat fellow Formula 1 junior Guanyu Zhou to victory in race one at Yas Marina Circuit.

Mumbai Falcons’ Daruvala suffered a difficult opening round at Dubai Autodrome which left him seventh in the points. The Red Bull junior responded with pole for race one in Abu Dhabi and converted it into a measured lights-to-flag victory.

He faced a challenge from Isack Hadjar into Turn 1 on the opening lap, but Hadjar picked the dusty inside line which left him vulnerable to Abu Dhabi Racing by Prema’s Zhou.

Zhou picked off Hadjar a couple of corners later to move into second place. The top three were separated by two seconds for the majority of the race, but Zhou and Hadjar were unable to make a serious challenge on Daruvala.

Zhou came under intense pressure from Hadjar at the end of the race but survived a big lock-up to take his third podium of the year, which allows the Alpine Formula 1 junior to extend his points lead.

Evans GP’s Hadjar continued his impressive Regional F3 graduation with his second podium of the season, and his fastest lap was just 0.006 seconds shy of beating Daruvala to race two pole.

Ferrari junior Dino Beganovic was on course to claim fourth but his car went up in smoke on the final lap of the race.

Formula Regional European Championship race-winner Patrik Pasma earned his best result of the season in fourth for Evans GP, ahead of Pinnacle Motorsport’s race three poleman Pierre-Louis Chovet, who dropped to sixth after a failed overtaking attempt on Beganovic in the opening stages but moved back into fifth after Beganovic’s late-race heartbreak.

Roman Stanek claimed his first points of the year in sixth place ahead of his Hitech GP team-mate, F2 driver Roy Nissany.