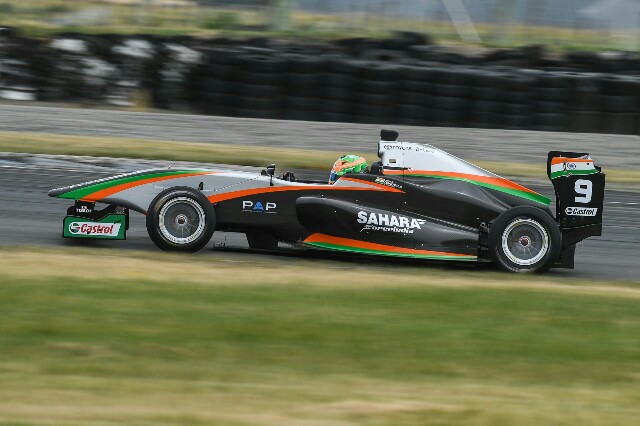 Force India protege Jehan Daruvala edged out new Ferrari recruit Marcus Armstrong to both pole positions at the opening round of the Toyota Racing Series at Ruapuna.

Daruvala, runner-up to Lando Norris in the 2016 series, was topped the opening qualifying session by 0.158 seconds, before pipping M2 Competition team-mate Armstrong by a single thousandth of a second in the second session.

The first session was red-flagged with less than four minutes remaining after Indy Lights racer Shelby Blackstock spun, with Daruvala on top with a 1m17.432s.

He lowered that by eight thousandths of a second after the restart, while Armstrong climbed from fifth to second.

Ferdinand Habsburg made it an M2 1-2-3, with the three other teams represented in the next three places by Red Bull Junior Richard Verschoor (Giles Motorsport), Thomas Randle (Victory Motor Racing) and Taylor Cockerton (MTEC Motorsport).

Daruvala’s pole time in Q2 was a 1m16.800s, with his and Armstrong’s bests set mid-session after an early stoppage.

Ahmed was two-thirds of a tenth away from pole in third ahead of Piquet, Cockerton and Verschoor.