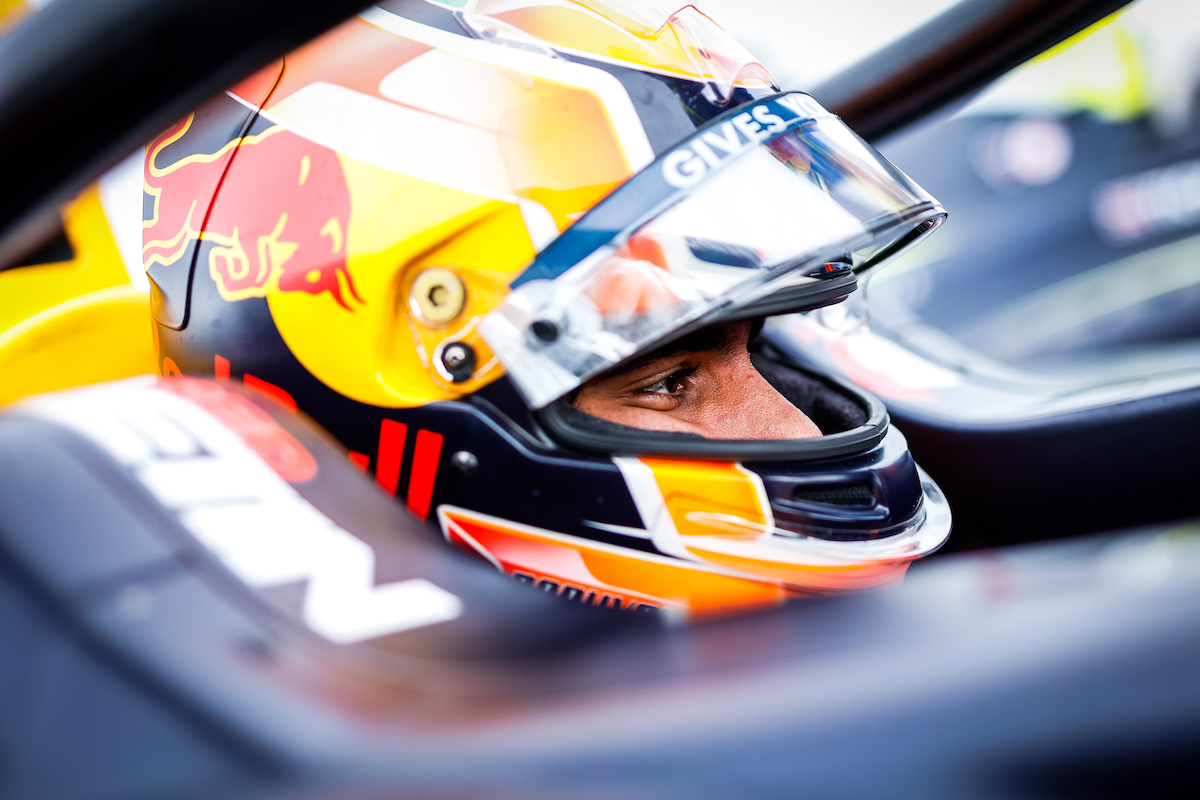 Red Bull junior Jehan Daruvala will start the second Formula 2 race of the Saudi Arabian Grand Prix weekend from pole position after picking up a penalty following the first race.

Daruvala finished fifth on the road in the first race to be held at the new Jeddah Corniche Circuit, including a double lunge in the closing stages into the final corner, but has received a post-race penalty for an earlier infraction.

The Carlin driver overtook team-mate Dan Ticktum off the track on the second safety car restart and maintained his advantage.

He was awarded a five-second time penalty for his infraction, dropping him just behind Trident’s Bent Viscaal in the order to take 10th place and therefore pole for the second race of the day where the top 10 is flipped.

“Having considered the matter extensively, the stewards determined that Car 6 [Daruvala] went off track at turn two and overtook Car 5 [Ticktum] whilst doing so,” read the stewards’ decision. “Car 6 gained a lasting advantage and is therefore penalised accordingly.”

Those who finished just behind Daruvala move up the order, including championship leader Oscar Piastri into the points with eighth, and his Prema Racing Robert Shwartzman, who initially finished ahead of Daruvala on the road but also was penalised in-race for a similar incident.

ART Grand Prix’s Christian Lundgaard (now sixth) and Ticktum (seventh) also benefit from the penalty and move a position up the order, as does Viscaal to ninth and onto the dirty side of the grid for race two.