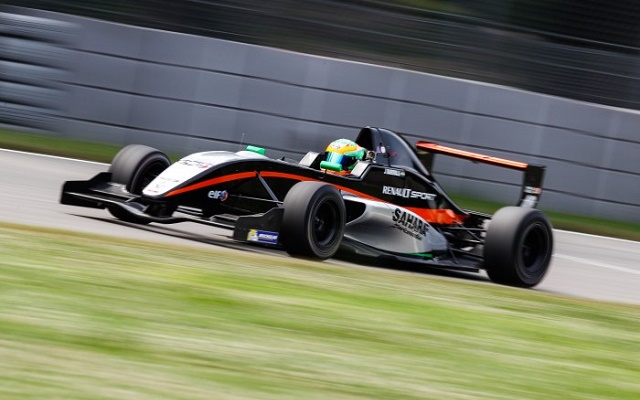 The 16-year-old Indian, who is contesting his first season in car racing, came out on top in the second of two practice sessions today.

Championship leader Jake Hughes was the driver who topped the first one, taking over at the top from teammate Stefan Riener with around five minutes to go.

Matevos Isaakyan, another title contender, came up just 0.027 short, with Riener in third and Daruvala fourth.

Daruvala beat Hughes’ practice one benchmark with twenty minutes to go in the second session.

Danyil Pronenko, Alessandro Perullo and Riener then took turns in the lead, but Daruvala eventually returned to the top, where he stayed until the chequered flag.

Hughes was second, ahead of Riener, Vivacqua and Korneev.

Jack Aitken, who was injured last time out at Monza, was 14th in the first session and improved massively in the second run, shaving off two seconds and finishing sixth.

Pronenko, Perullo, James Allen and Daniele Cazzaniga made up the rest of the top ten.