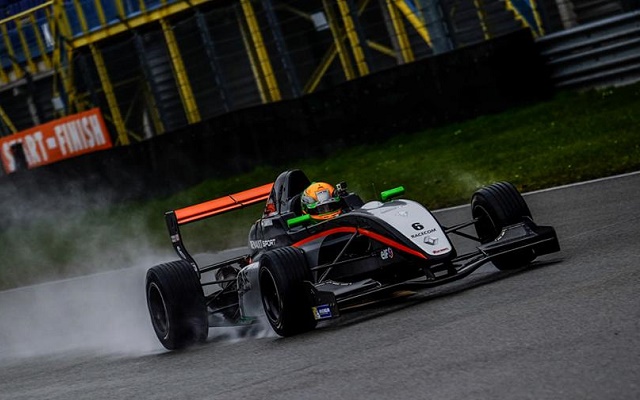 Fortec Motorsport driver Jehan Daruvala ended the two-day NEC test at Assen with the fastest lap in a FR2.0 car.

Daruvala narrowly bested the time set by Dries Vanthoor on day one.

With Saturday’s running made up of two sessions (compared to Friday’s eight sessions between two classes), both Formula 3 and Formula Renault 1.6 cars joined the NEC field on track.

On a dry track in the morning session, Daruvala was quickest, a tenth up on Vanthoor.

Nikita Mazepin followed his teammate in third, with Josef Zaruba 0.002s behind and his AVF squadmate Roy Geerts another four tenths down.

The rain then arrived at Assen and got worse and worse as the day went on. Vanthoor led the very wet afternoon session, with Daruvala finishing as second-best NEC driver.

It was another third-in-class for Mazepin ahead of Raoul Hyman and Ferdinand Habsburg.

Gill and Geerts followed suit ahead of Fredricsson, Zaruba and Henrique Chaves.