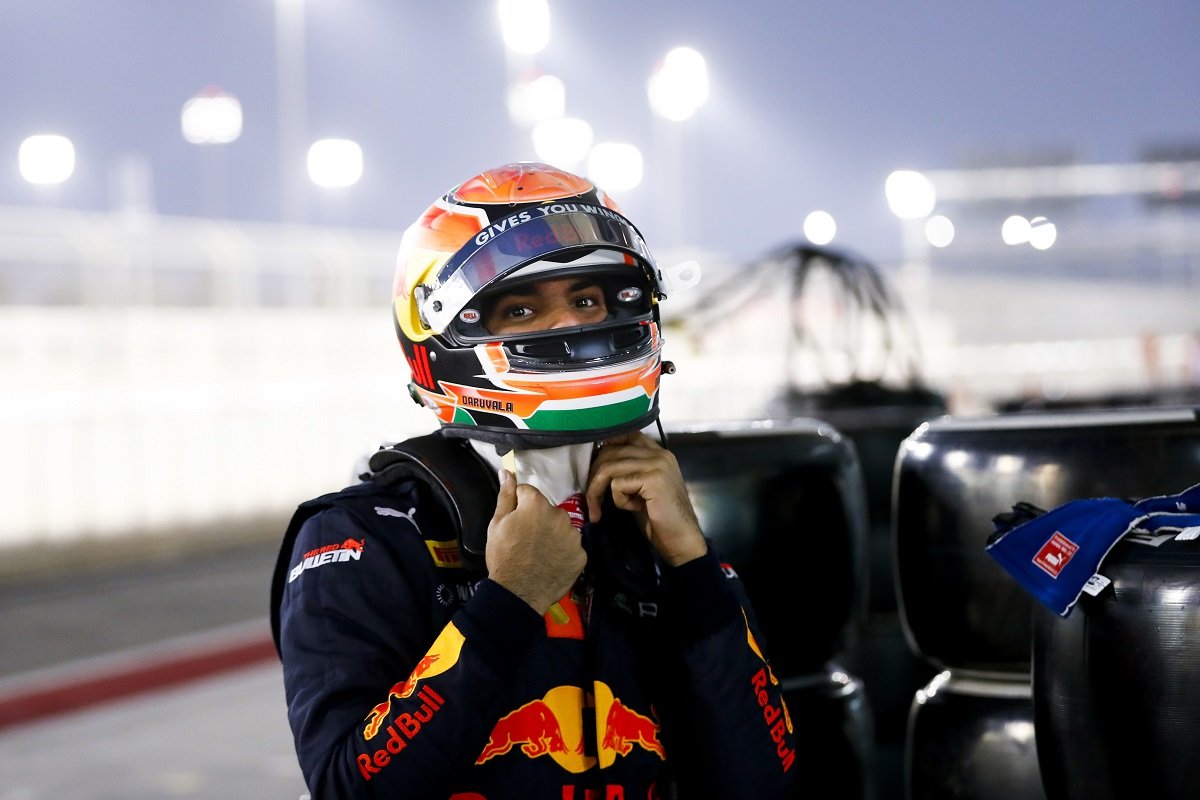 Jehan Daruvala once again set the pace for Carlin in the final afternoon of Formula 2’s pre-season Bahrain test.

The Indian focused on fast laps at the very start of the two-and-a-half hour session, laying down his unbeaten 1m43.428s lap 19 minutes in to the day.

His fellow Red Bull junior and team-mate Yuki Tsunoda set his best lap at the same time, and it wasn’t until the end of the first hour that their lock over the top two positions was broken by HWA Racelab’s Giuliano Alesi.

The debuting HWA team racked up a lot of early laps, and series veteran Artem Markelov gradually improved his pace to complete the top four, 0.254s behind.

Charouz Racing System’s Louis Deletraz and Campos Racing’s Guilherme Samaia were the only other two drivers to really focus on setting a flying lap, doing so at the same time as the Carlin drivers and finishing fifth and sixth on the timesheet.

The rest of the session was spent on long runs for all teams, with Dan Ticktum making up for the laps he lost earlier in the three-day test due to a problem with his DAMS-run car. His team-mate Sean Gelael followed a similar strategy of doing race simulations earlier in the day, and both drivers ended up in the top 10 on fastest lap times.

Hitech GP, which like HWA is new to F2 this year, ran the least laps but Luca Ghiotto did end his last stint by going 13th fastest. Pedro Piquet had a similarly low lap count for Charouz, having sat out the first hour of the session.