We profile American driver Conor Daly, who looks set to challenge for the GP3 Series title after winning in Valencia last weekend…

He’s already a well-recognised name on both sides of the Atlantic, but staying in GP3 for a third season gives Conor Daly a great chance to boost his reputation with some race wins. He’s made a good start to the season, winning from a maiden pole position in Valencia last weekend, leaving him just four points off the championship lead.

Conor was born in Indiana as the son of former Irish F1 driver Derek Daly. He began his career karting in the United States, and began car racing during 2007 in the Skip Barber Series. He switched his full-time focus to single-seaters the following year, beating Josef Newgarden to win the Skip Barber National Series title. Also, as part of the Team USA scheme, he won the Walter Hayes Formula Ford 1600 Trophy at Silverstone.

For 2009 he moved onto the Star Mazda Championship in the US, finishing third in his rookie season with a single win from pole position at New Jersey Motorsports Park. The following year he claimed the title, winning seven of the 13 races.

With the Road to Indy scheme he contested some Indy Lights rounds in 2011, winning at Long Beach, but the main focus was on his switch to Europe in GP3 with Carlin. While the first couple of rounds were difficult, he then claimed a top seven finish in five of the remaining six weekends with a best finish of fifth in the first race in Belgium. Races in particular were his strength, often making up a number of places after qualifying further down the order. 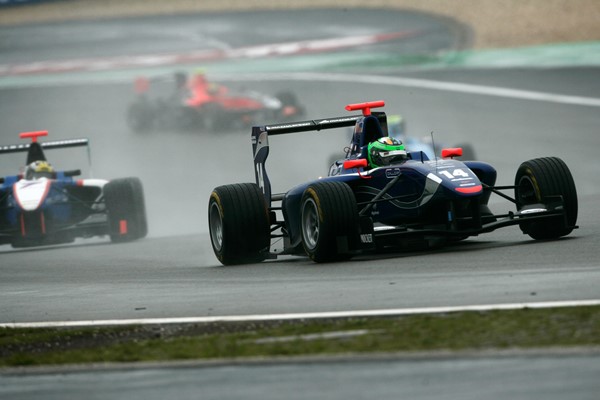 Conor switched to the leading ART-run Lotus GP team for 2012. At the opening weekend of the season in Barcelona he won the second race of the weekend from third on the reverse grid. His next two weekends were hampered by incidents and penalties, including a nasty aerial accident exiting the tunnel in Monaco. He then recovered to take a run of three podium finishes across Silverstone and Hockenheim, but only managed one further top three in the final three weekends. That saw him finish sixth in the final standings.

Over the winter that followed, Conor contested the MRF Challenge series in India and took the title. He had already tested in Formula Renault 3.5, but was preparing for another season in GP3. A chance however came to make his GP2 debut in Malaysia for new team Hilmer and he scored a point in the second race of the weekend. He go on to re-sign with ART for the new GP3 season and, after a podium finish at Barcelona, scored his first pole position at Valencia and took his first race one win. He sits second in the standings as a result, four points off the lead.

Between the first two GP3 rounds Conor took part in the Indy 500, making it to the finish in 22nd place. In addition to the various different cars he has raced in early 2013, he has also taken part in a second F1 straight-line test for the Force India team in April. The first opportunity came last May off the back of his first GP3 win, and thanks to a relationship between his father and Force India boss Bob Fearnley.

Talent rating: Conor showed great promise starting out in the US with his dominant run to the Star Mazda title. The points tally in his first European season wasn’t huge, but there was impressive progress for a driver new to the circuits and up against an extremely competitive field. He delivered on his potential on occasion last year with ART, but he didn’t shine as brightly as team-mates Daniel Abt or Aaro Vainio. In season three he must take it to the next level. He’s made a decent start as far as that’s concerned, but the test will be whether he can do that consistently. 7/10

Chances of getting to F1: Despite Conor’s relatively high profile, funding is still limited and the main reason why he is continuing in GP3 for another season rather than moving on up to FR3.5 or GP2. Without money to impress the F1 teams he needs to do it with results, and this year presents the perfect opportunity to do that. Win the title and doors will start to open, particular with a useful asset in his nationality. Otherwise, it might be difficult. Although his dream is F1, chances are coming for him in the States and, career-wise, the lure of those might be too much to ignore. 7/10 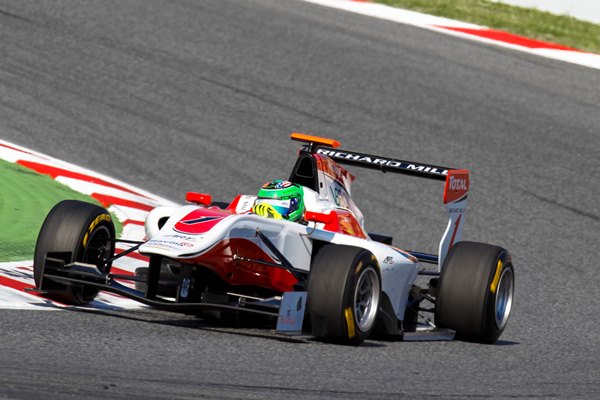 Rowland beats Gasly to top both Friday sessions at Moscow