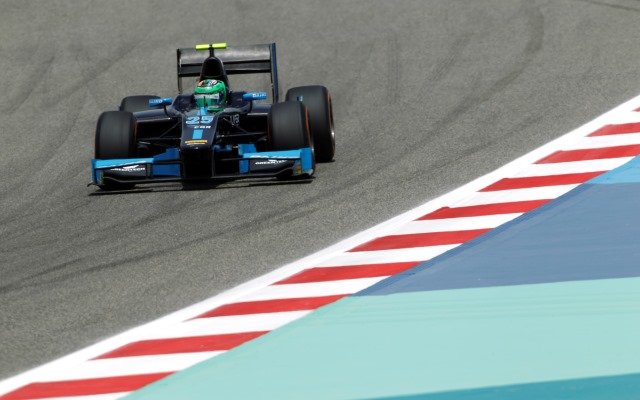 Conor Daly will contest the full GP2 Series season with the Lazarus team, it has been confirmed.

Daly raced with the Italian squad in the season opener in Bahrain last month, finishing 12th in the feature race and retiring from the sprint race with a sensor failure. He will now continue with the team for round two at Barcelona this weekend and the other nine remaining rounds.

The 22-year-old American makes the full-time step up to GP2 after three years in GP3. He pairs up with third-year GP2 racer Nathanael Berthon at Lazarus.

“We are delighted to have reached an agreement for this season with Conor Daly, a driver we have followed in recent years in GP3 and that has now thoroughly impressed when he got behind the wheel in our GP2 test in Abu Dhabi,” said?Nicolo Gaglian of Lazarus.

“It is a pleasure for us to be able to get on track an US driver: Conor, despite having little experience with the GP2 car, knows the circuits having raced three seasons in GP3. He’s a talented driver and we hope to reach good results together.”

Daly added: “This has been a long winter of uncertainty for me, but I am committed on my path to Formula 1. GP2 is where I want to be right now, and the Lazarus team really has a great group of people. We have learned a lot so far this season and have more work to do, but I will give everything to the team to help achieve a great result.”

There were two other drivers who competed in Bahrain without a full-season deal; Jon Lancaster at MP Motorsport and Axcil Jefferies at Trident.