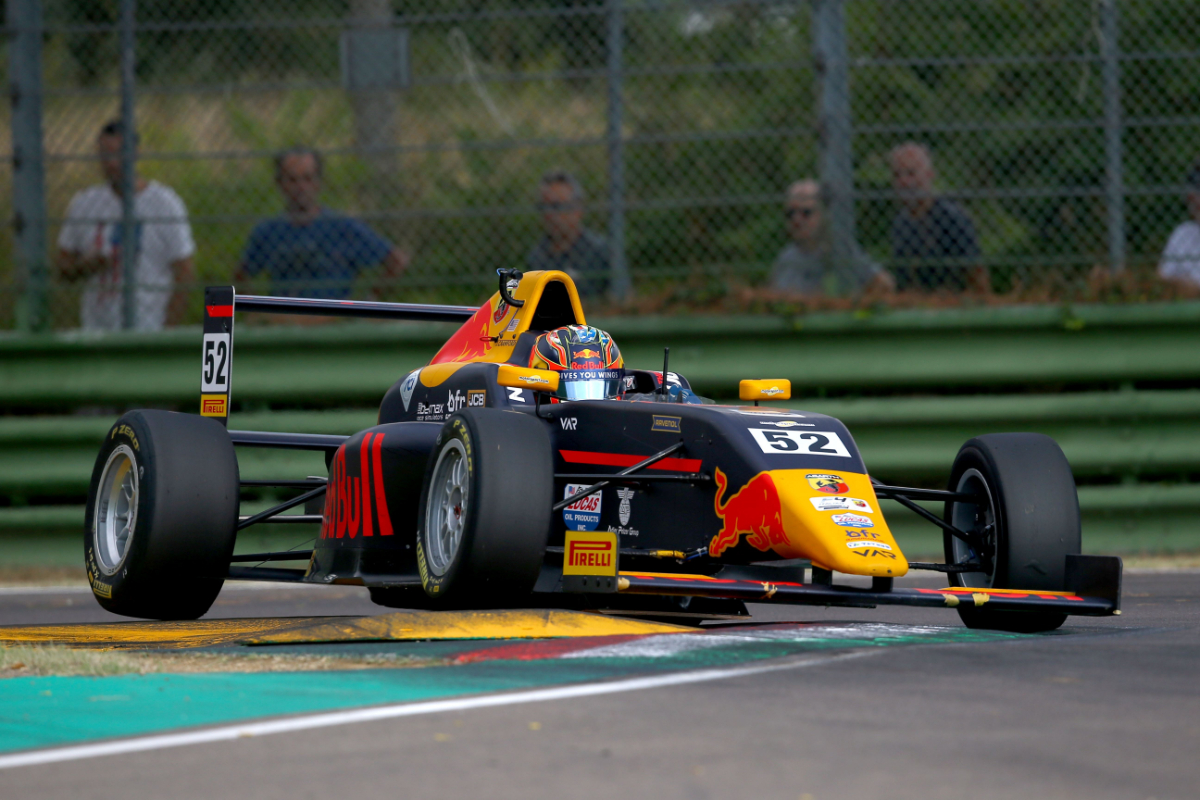 Jak Crawford set the pace on the first day of free practice for Italian Formula 4’s second visit of the season to Imola.

In total, 37 drivers ran in the four Wednesday sessions, the majority of which completed more than 50 laps.

Laptimes gradually improved over the course of the day, with Van Amersfoort Racing’s Crawford managing a 1m43.800s lap in FP4.

He was the only driver to lap sub-1m44s, with the next best driver being Jenzer Motorsport’s Filip Ugran, who managed a 1m44.279s.

Points leader Gabriele Mini was ninth quickest, ending the day 0.944s slower than Crawford. However the Prema driver showed strong pace in the earlier sessions, topping FP2 ahead of Ugran.

Turn 9 was an issue for a number of drivers over the course of the day. Track limits at the corner resulted in multiple drivers having their laptimes removed, though their were fewer cases in the later sessions as drivers got to grips with where the limits were, but both FP3 and FP4 were shortened due to red flag periods late in the session.

FP3 was called roughly five minutes before the scheduled end when Bence Valint ran into the gravel and it prevented him from contesting FP4. The incident prevented FP3 pacesetter Crawford from bettering his best lap.

FP4 started with a full course yellow as Conrad Laursen, driving for Prema, ran into the gravel at Turn 2. Another red flag was brought out 15 minutes before the end, but the session did resume once the incident was cleared. A handful of drivers managed to improve upon their laps, though none came close to Crawford before an off for BVM Technorace’s Pietro Armani brought out the red flags again with one minute on the clock.

Prema’s Gabriel Bortoleto had to abanadon the lap that would have put him in second place, and he ended the day third quickest ahead of VAR’s Francesco Pizzi, who jumped up the leaderboard with four minutes to go, Jenzer’s Santiago Ramos and Cram Motorsport’s Andrea Rosso.

Ferrari junior Dino Beganovic was eighth, behind team-mate Mini and head of Sebastian Ogaard (Bhaitech) and Kirill Smal (Prema). Those three were the only ones in the top 10 not to improve in FP4, with Mini’s best lap coming from the morning.

Iron Lynx’s Yaroslav Shevyrtalov joined Valint in missing the final session, while Bhaitech’s Zdenek Chovanec didn’t get on track at all over the day.