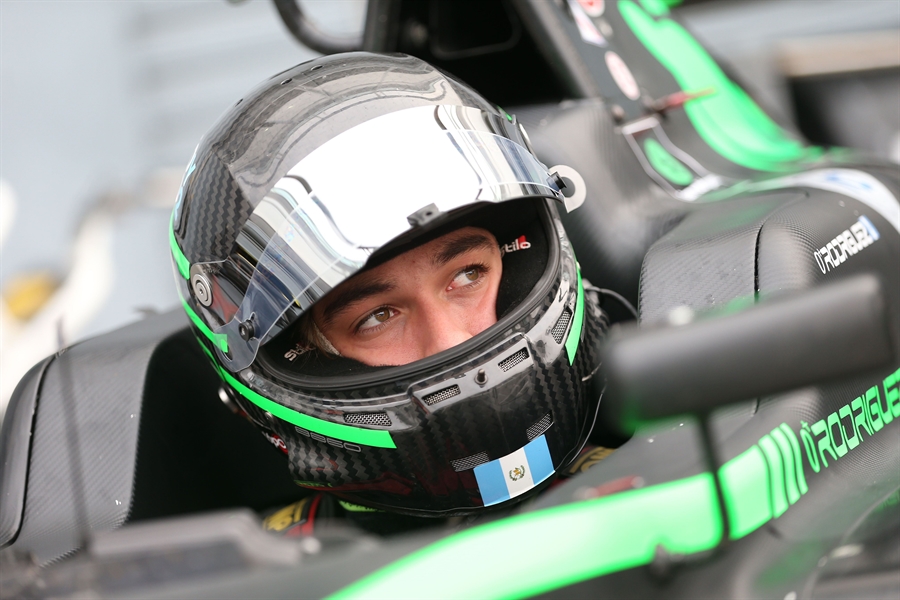 The DR Formula by RP Motorsport driver, who makes his series debut this weekend, laid down the pace first thing in the morning and remained at the top through the rest of the day.

Dennis Hauger, who at present is a free practice-only entry with Van Amersfoort Racing after cameoing with the squad last time out at Barcelona, got closest to Rodriguez and was just 0.066 seconds slower in FP2.

The fourth and final session of the day went to Hauger, with team-mate Pierre-Louis Chovet 0.049s slower in second place. His FP4 lap brought him up to third place overall in the day’s combined classification, jumping past Prema’s Oliver Rasmussen and Arthur Leclerc.

Ferrari juniors and Prema team-mates Gianluca Petecof and Leclerc, who are fighting for the FREC title, set identical best laptimes in FP1 before Leclerc marked himself out as the faster of the two in FP2. Petecof ended the day down in seventh, as KIC Motorsport’s Patrik Pasma went third fastest in FP4 and jumped up to sixth.

Rodriguez’s team-mate Emidio Pesce set his personal best in FP3 to go eighth on the end-of-day timesheet, ahead of Jamie Chadwick (Prema) and Konsta Lappalainen (KIC). Chadwick failed to set a lap in the final session of the day.

The order was rounded out by Formula Renault Eurocup racer Nicola Marinangeli and Gillian Track Events’ Gillian Henrion. Marinangeli was driving for KIC, but is yet to confirm whether he will remain in the team’s third car in Friday’s free practice sessions or for the race action over the weekend.

The story behind one of junior single-seaters’ greatest comebacks