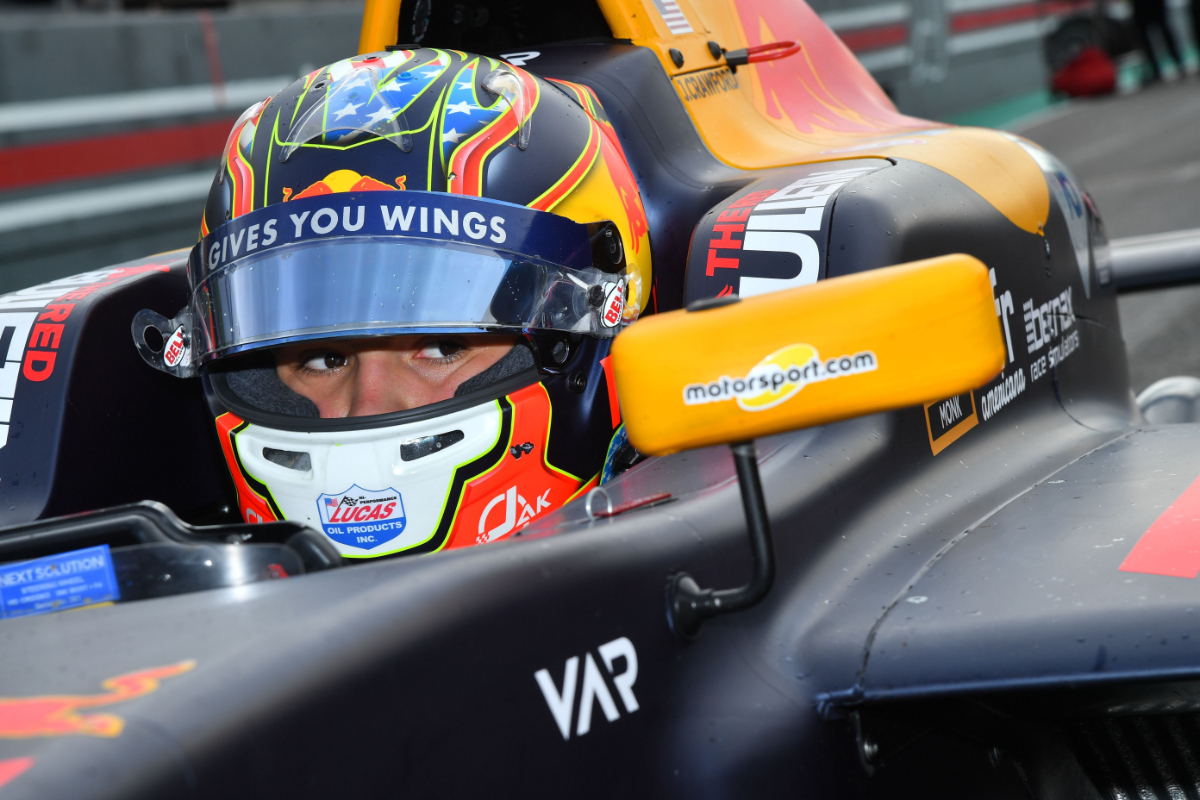 As on the first day, the 32-strong entry list was split into two groups for track sessions, with Crawford and team-mate Jonny Edgar placed into ‘Group D’ along with their Prema rivals.

It was ‘Group C’ that ran first, with Formula Regional European Championship cars also on track at the time, and it was Bhaitech’s Sebastian Ogaard who started the day on top by 0.075 seconds over Iron Lynx’s Leonardo Fornaroli.

The second group was faster, with new series champion Gabriele Mini setting the pace ahead of Crawford in their first session.

Fornaroli didn’t improve in the second Group C session, with Jenzer Motorsport’s Filip Ugran surpassing Ogaard by just 0.011s to top their half of the draw.

The laptimes got even faster when Group D was moving again, and was when Crawford set the lap that would stand as the fastest of the test. He was 0.258s faster than team-mate Jonny Edgar, with Dino Beganovic slotting into third for Prema.

There was no sign of Beganovic’s team-mates Mini or Sebastian Montoya, but they returned in the afternoon and Mini topped the group’s third session by the smallest of margins over Beganovic. Crawford struck back in session four, although only US Racing’s Ollie Bearman and G4 Racing’s Axel Gnos actually improved on their best laptime of the day.

Ogaard and Ugran were again the Group C pacesetters in the afternoon, but Ugran’s final session benchmark was only good enough for 11th overall in the day’s combined classification.