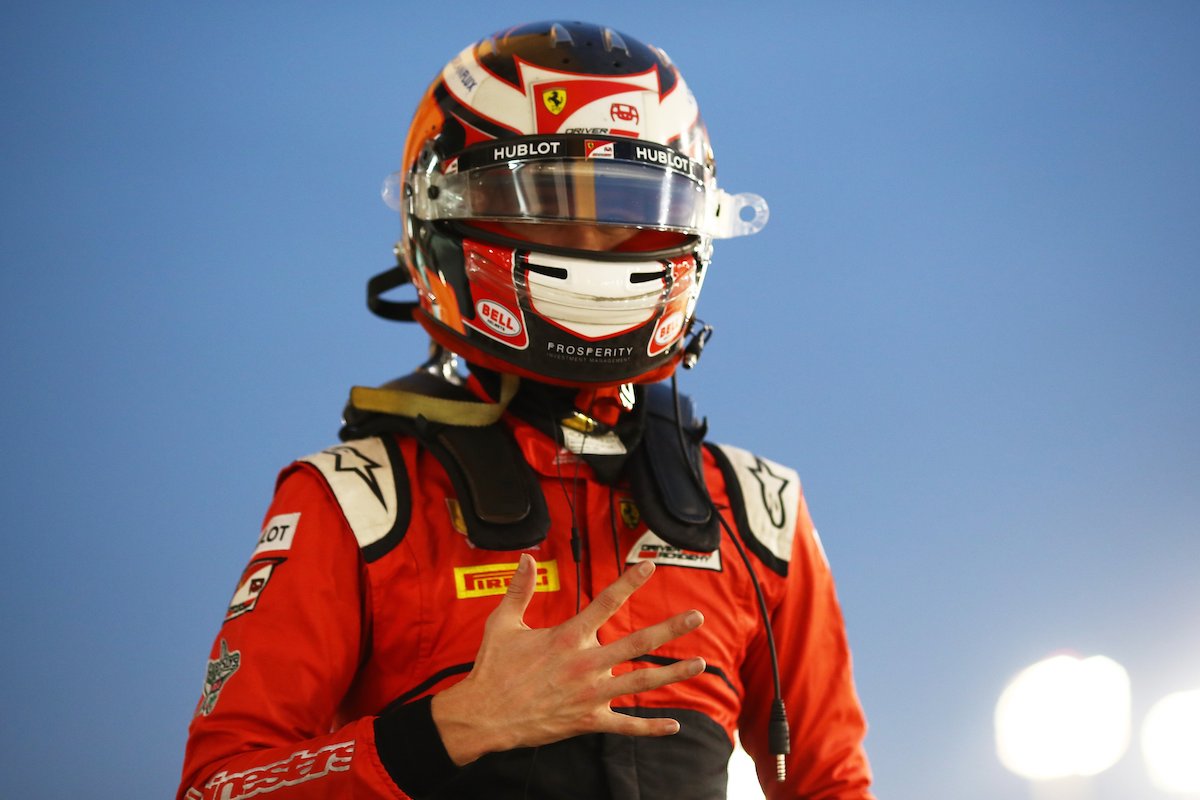 Callum Ilott put a mighty lap in early in Bahrain to secure his fifth Formula 2 pole of the season, while his championship-leading rival Mick Schumacher could only manage 10th.

Ilott topped the 30-minute session early with a lap of 1m41.479 before Yuki Tsunoda spun at Turn 12. Championship contender Tsunoda had got oversteer through the mighty-fast Turn 11, ran onto the kerb on the exit and spun.

He was unable to get going, and the session was paused as the car was recovered.

Several drivers were able to improve once the session got going before pitting for their second set of tyres. Ilott was not one of those.

Even on his second set of tyres, Ilott was unable to find more time, but his first effort remained strong enough to secure his fifth pole of the season by nearly four tenths of a second.

This was guaranteed when MP Motorsport’s Giuliano Alesi – who had just gone sixth-fastest – came to a halt with a mechanical problem. This brought out the red flag with just a minute remaining and the session was not resumed.

Schumacher, despite adjustments made to the car between his runs, was unable to make a significant impression. He was 12th after his first run and could only improve to 10th at the flag.

MP’s Felipe Drugovich was Ilott’s closest challenger but ended up second in the end. He improved in the final sector on his last lap but it was not enough to displace Ilott.

DAMS Dan Ticktum took third, some half a second behind, ahead of ART Grand Prix’s Marcus Armstrong who matched his best F2 qualifying in fourth.

Ilott’s Virtuosi team-mate Guanyu Zhou ended up fifth fastest ahead of Alesi. Hitech GP’s Nikita Mazepin was seventh, having had a wild moment of oversteer at Turn 1 during the session.

Carlin’s Jehan Daruvala and ART’s Christian Lundgaard were the two other drivers ahead of Schumacher in eighth and ninth respectively.

Ahead of his F2 debut, HWA Racelab’s Theo Pourchaire was 16th fastest,1.4s from pole, while DAMS’ Sean Gelael – who returns after injury and had few laps in practice – ended up 18th.