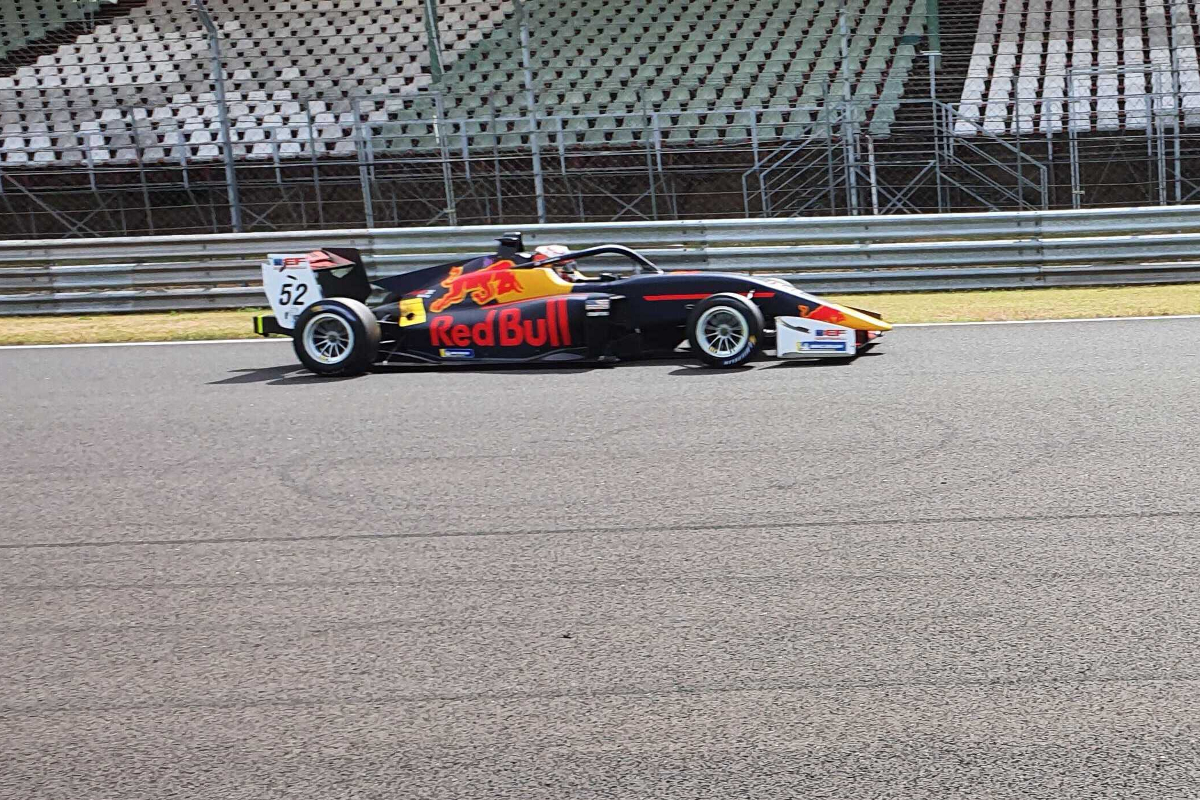 Jak Crawford set the pace in Euroformula’s second free practice session at the Hungaroring with his final lap of the day.

The weather was far warmer than in the morning session, but just as wind, and it put the tyres under more stress.

Red Bull junior Crawford’s running was slightly limited as he suffered a puncture, and Van Amersfoort Racing’s debutant Cem Bolukbasi reported sliding and after one flying lap went into the pits with a heavily blistered front-right tyre.

While Bolukbasi did not return to track after his short run, Crawford did and at the very end of FP2 usurped Double R Racing’s Joshua Mason to set the fastest lap.

Mason had been among the quickest in the dry segment of FP1 and was in the top three through most of FP2. He moved to the top with a few minutes to go, but was then edged by Crawford after the chequered flag.

CryptoTower Racing Team’s Louis Foster was third fastest, just 0.003 seconds faster than Mason’s team-mate Zdenek Chovanec in an impressive performance by the Double R drivers on a circuit where the high-downforce wing setting is used.

Casper Stevenson ended up being the top VAR driver in sixth, while Drivex School’s Formula 4 graduate Joshua Duerksen was seventh and the last of the drivers within a second of Crawford.