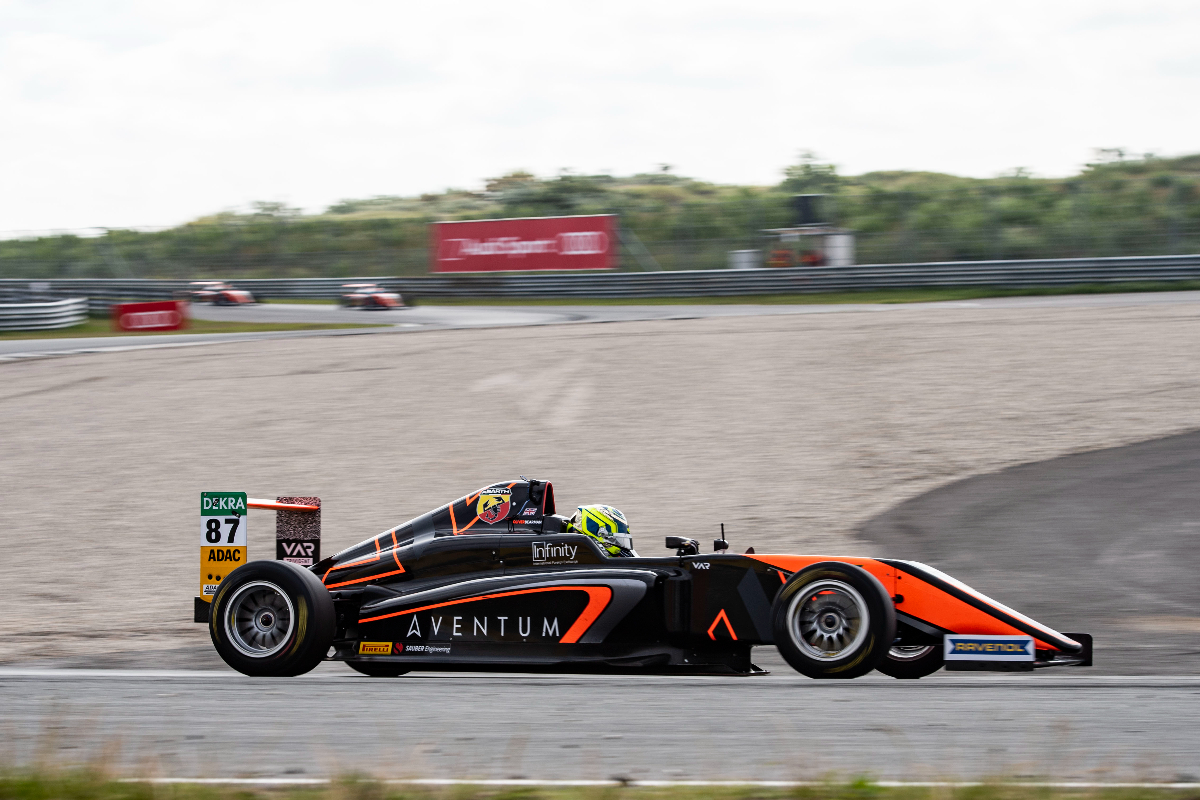 Van Amersfoort Racing’s Ollie Bearman was fastest in both free practice sessions at Zandvoort for the second round of the ADAC Formula 4 season.

The British driver ended the morning session 0.575 seconds ahead of US Racing’s Tim Tramnitz. Gaps were much smaller among the rest of the top 10, with second to 10th place covered by just half a second.

Most drivers set their fastest times towards the end of the session thanks to the improvement of track conditions.

Only frontrunners Sebastian Montoya, Victor Bernier and Kirill Smal were unable to lower their mid-session laptimes, which left them fourth, seventh and eighth respectively.

Luke Browning ended the opening practice in sixth, 0.879s off first place, and just behind his US Racing team-mate Vladislav Lomko.

Bearman again was faster than everyone in the afternoon, in a session which was interrupted twice. However, his competitors were much closer to him this time.

When the session restarted, Bearman lowered his laptime further by over three tenths to stay on top.

The rest of the top 10 positions kept changing as drivers continued to improve. Prema’s Montoya and Smal were able to set laps which were good enough for second and third place.

Another red flag with three minutes to go meant the session was called off earlier than scheduled, preventing drivers from attempting a last push lap.

The only driver two drivers to be faster in FP1 were BWR Motorsports’ Taylor Barnard and Iron Lynx’s Leonardo Fornaroli, as neither set a flying lap in the second session.