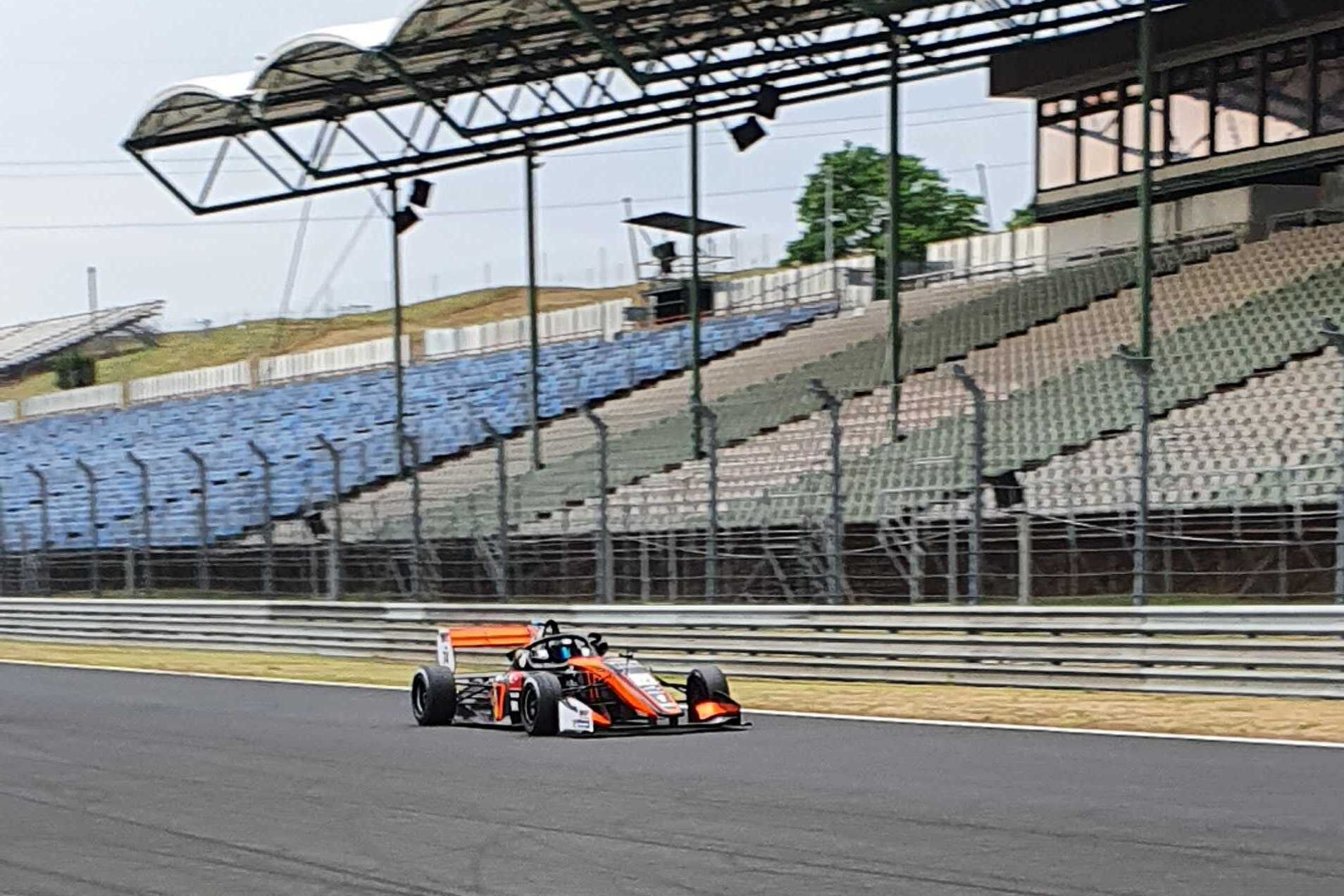 Cem Bolukbasi started his debut Euroformula weekend at the Hungaroring with a session-topping performance in free practice one.

The Turk missed the first half of the 40-minute session, at which point the track was dry, but emerged late on once the wind had picked up and rain was starting to fall.

Like the rest of the field, he headed out on slick tyres despite the changing weather conditions and on his second flying lap he went fastest of anyone.

Crawford ended the session in third, half a second off Bolukbasi’s pace, with Double R Racing’s Joshua Mason and Das completing the top five.

Casper Stevenson put the third of VAR’s cars in sixth place, and Drivex School’s debutant Joshua Duerksen was seventh fastest but was running in the top two during the time when the track was totally dry. He is replacing Enzo Trulli this weekend.