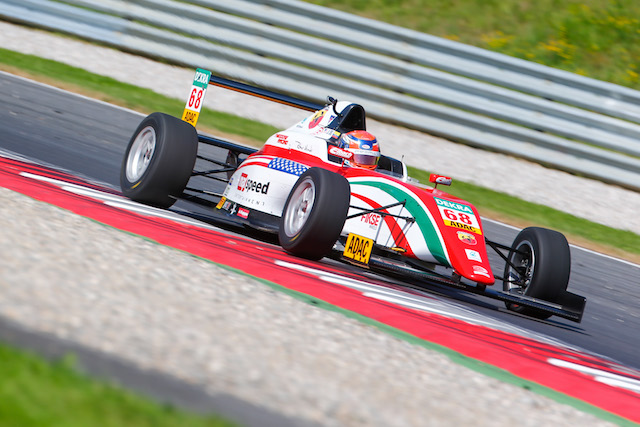 Juan Manuel Correa will spend a second season with Prema’s Formula 4 arm in 2017.

The Ecuadorian-American, who was previously on the books of the Lotus Formula 1 team while in karts, scored three Italian F4 victories in his rookie single-seater season with Prema last year.

He came sixth in the standings in the Italian series, and 10th in Germany’s ADAC competition with one podium.

Rather like team-mate Juri Vips, who has already been confirmed for a second season with Prema, Correa’s 2017 programme will focus on the ADAC series, with additional selected appearances in Italy.

?It really is a pleasure for me to continue working with such a special group of people that is Prema for 2017,” said Correa, 17.

“Both the team and I have big ambitions for this coming season, and I?m sure that it will be another very enjoyable year together.?

Team boss Angelo Rosin added:??Being able to continue our collaboration with Correa for 2017 is very meaningful for us as a team.

“As well as his teammate Juri Vips, he showed huge potential and delivered remarkable results in 2016.

“After working with such a talented pairing last year we know that, with more experience together, we will be strong right away in an effort to bring home some high-profile results.”