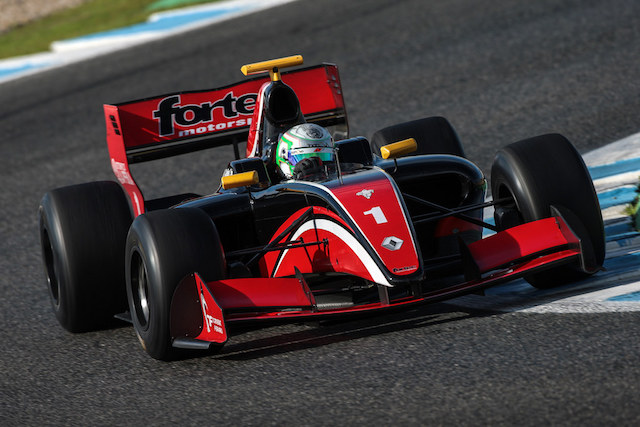 The Mexican previously raced with the British outfit in a season of Formula Renault 2.0 in 2013, as well as in a handful of?Formula 3 appearances over that and the following season.

He has spent the past two seasons with AVF in the 3.5-litre series, finishing 11th in 2016 with one podium finish at Spa.

“I am so happy to be re-joining Fortec Motorsports,” said Celis, who was?afforded several?outings with the Force India Formula 1 team last year.

“They were my number one team choice for 2017 and I look forward to sharing great success with them next season.”

Celis had Tom Dillmann brought in as a team-mate at AVF in 2016, with the Frenchman going on to beat Fortec driver?Louis Deletraz to the title.

Pietro Fittipaldi is a potential?team-mate for the Mexican this year, although the Brazilian has also tested with the Charouz-run Lotus outfit since completing his rookie season with Fortec.