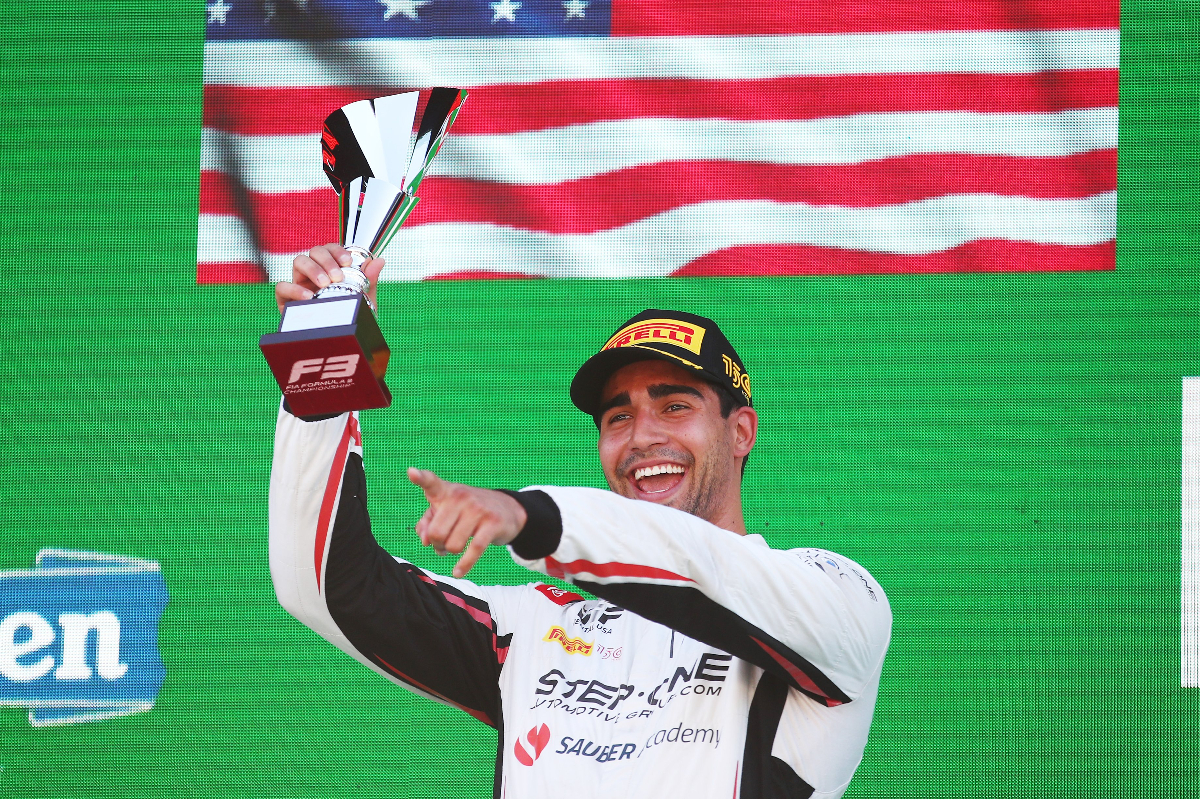 Juan Manuel Correa has called his maiden FIA Formula 3 podium at Zandvoort “very special” and “very emotional” after achieving a first podium finish since his return to racing.

The American was heavily injured at Spa-Francorchamps in September 2019 in a Formula 2 crash that claimed the life of Anthoine Hubert. Correa was left in a coma and then had to undergo extensive surgery to his legs.

It took almost two months for Correa to stand again, then 17 months after the crash he signed with ART Grand Prix to race in FIA F3. His first single-seater test since being injured only came after that, and in his comeback year in 2021 he scored five times.

Although he eyed a move back up the open-wheel ladder, Correa instead remained with ART GP for a second F3 campaign and had been in podium contention several times before coming second in the reversed-grid Zandvoort sprint race.

“It feels very special. Of course I would have loved for it to be a win, I think we were close but Caio [Collet] had a little bit too much for us today,” he said of his podium return fight with race winner Collet.

“But nonetheless, it’s a long time coming this year. We’ve been close, we’ve been a bit unlucky and the season was cut short with a fracture, so to come back and be competitive in the last few races was our goal so I’m happy about it. Very emotional. Also Zandvoort is a very special event, incredible track, so I’m thrilled to be here.”

Correa had to miss an in-season test and the Imola round in April due to a metatarsal fracture in his left foot, which had left him driving in enormous pain prior. Including his absence, Correa started his season with four consecutive points finishes – a feat nobody else has achieved this year – and he is currently 12th in the standings.

“It is hard racing, I was not going to give away the first position and he [Collet] knows that, but always within the limits and at the end I knew he was quite a bit faster,” he added on how his Zandvoort race went after starting at the very front.

“On the second attempt [at a pass] I took the smart route and said ‘okay, you can have this one’. Maybe I’ll catch him at the end of the race but it was not possible. So still a P2 is nine points for the championship which is important.

“We’re pushing very hard for this last part of the season, we have a triple-header now. It’s a good chance to get into a good momentum, keep building with the team. It’s a bit of a shame the season’s coming to an end because I’m really enjoying it.