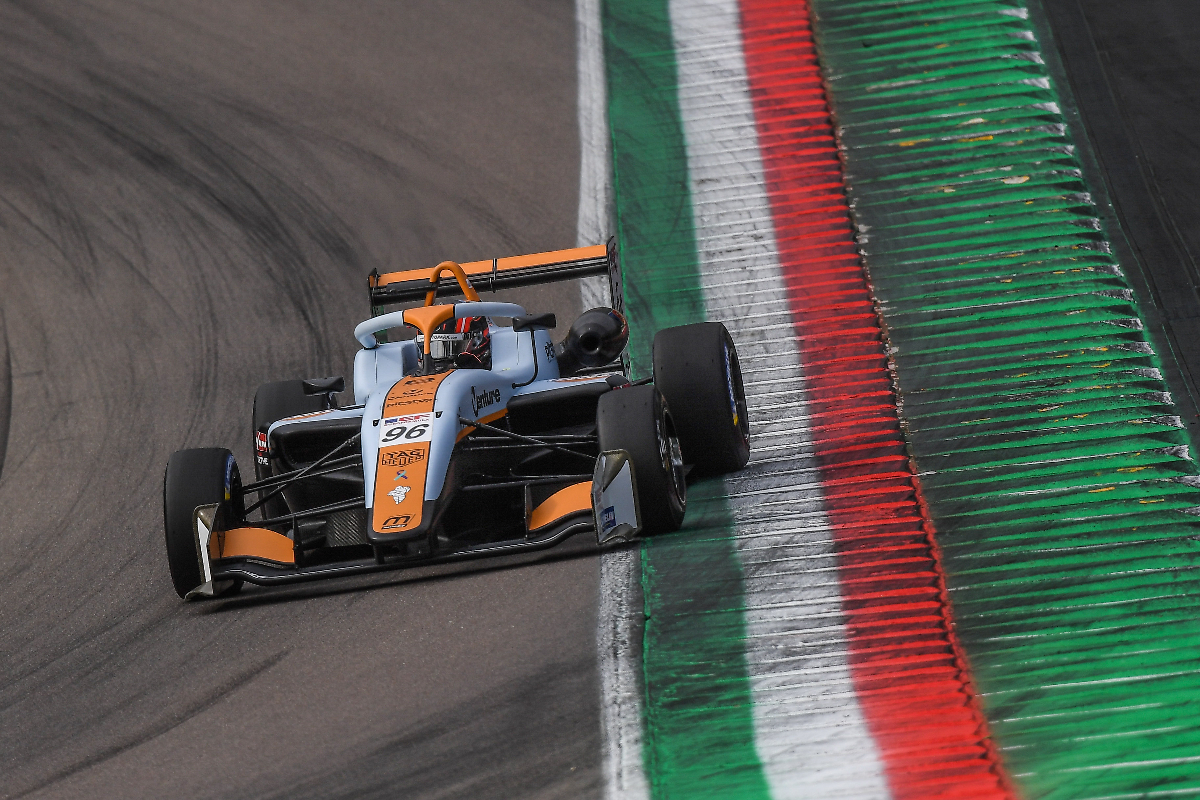 Motopark’s Oliver Goethe continued his domination of the Euroformula championship with victory in the opening race at Imola.

The points leader started from pole and soaked up opening lap pressure from Vlad Lomko, who drives for Motopark’s Japanese offshoot CryptoTower Racing Team, before running away for his ninth win of 2022 and scoring an extra point by setting the fastest lap on the final tour too.

The only dramatic point of Goethe’s race was when he was put under investigation for more than one change of direction down a straight, which required both himself and team principal Timo Rumpkeil to be summoned to the stewards after the podium ceremony.

Goethe’s main title rival Christian Mansell started and finished third, unable to match the pace of Lomko most of the time, while BVM Racing’s local driver Francesco Simonazzi finished fourth but lost time early on as he was passed by Motopark’s Frederick Lubin at the start and could not find a way back ahead of him until lap five when he made a strong move at Acque Minerali.

After that he hunted down Mansell, getting onto the tail of the Australian on lap 17 of 19 and occupying his mirrors until the end of the race but not being able to snatch a podium result.

Lubin fell into the clutches of Josh Mason a few laps after being demoted back to fifth by Simonazzi, and their battle really heated up on lap 15. On the next lap Mason was later on the brakes but there were no overtaking opportunities presenting themselves, and Lubin then managed to pull away slightly towards the end.

A lap nine spin put Effective Racing’s Vladimir Netusil a lap down in eighth place, the Czech finishing last in the smallest grid ever seen in Euroformula since its creation as Spanish Formula 3 in 2000.