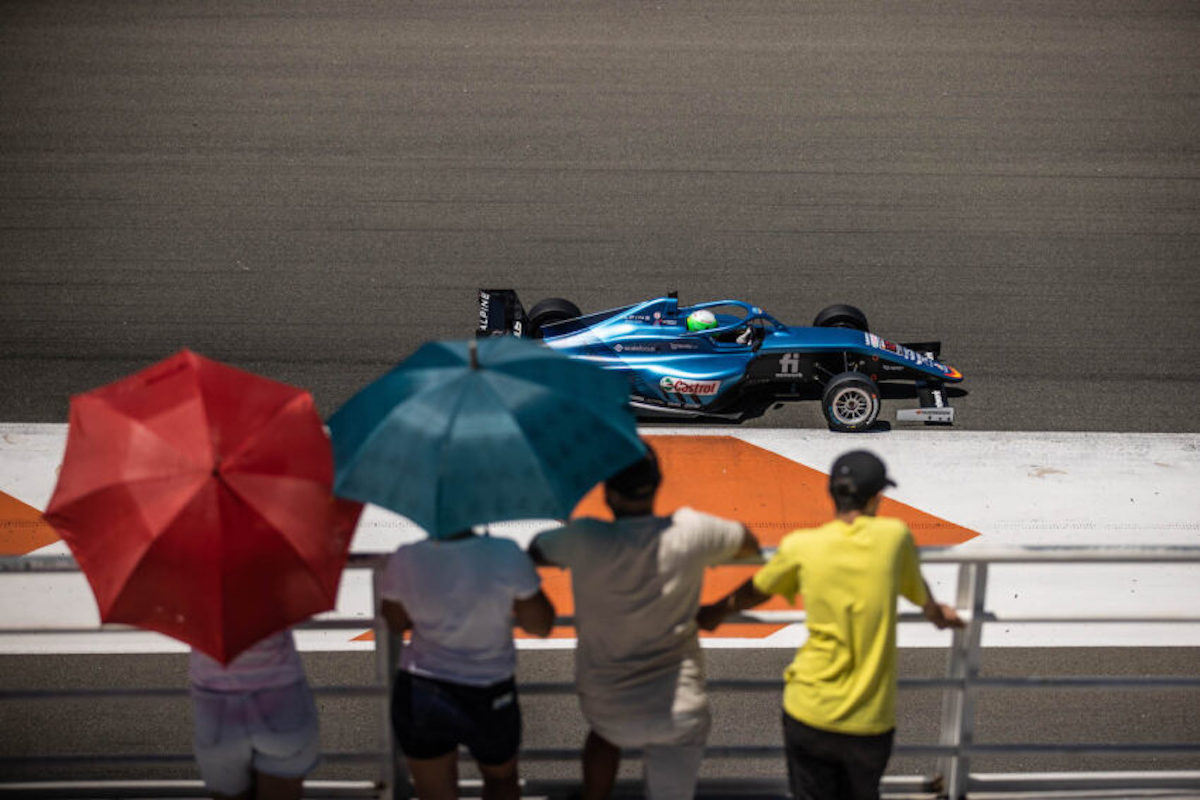 Tsolov, who could clinch the title this weekend, already went fastest with seven minutes to go by 0.652 seconds over Sainteloc Racing’s Theophile Nael.

Barter was able to better that with four minutes left to go, but Tsolov would respond by going over two tenths of a second quicker. He then found exactly a tenth of a second to improve just before the chequered flag and seal pole by a margin of 0.12s over Barter.

Tsolov’s previous benchmark gave him pole for race two as the best second-fastest lap, by 0.209s over Barter.

After leading an MP Motorsport top-six lock-out in practice, Timoteusz Kucharczyk was third fastest ahead of team-mates Kirill Smal and Valerio Rinicella, with Manuel Espirito Santo sixth for Campos.

Jenic managed fifth on second-fastest times for Campos, behind Kucharczyk and Smal and ahead of de Haan, Rinicella and Espirito Santo.

After racing for Drivex in the season opener, Noah Lisle has returned to the series this weekend with his usual British F4 team, JHR Developments. He qualified 24th out of 28 for the first two races of the weekend, with debutants Theodor Jensen and Daniel Mavlyutov to share the last row.