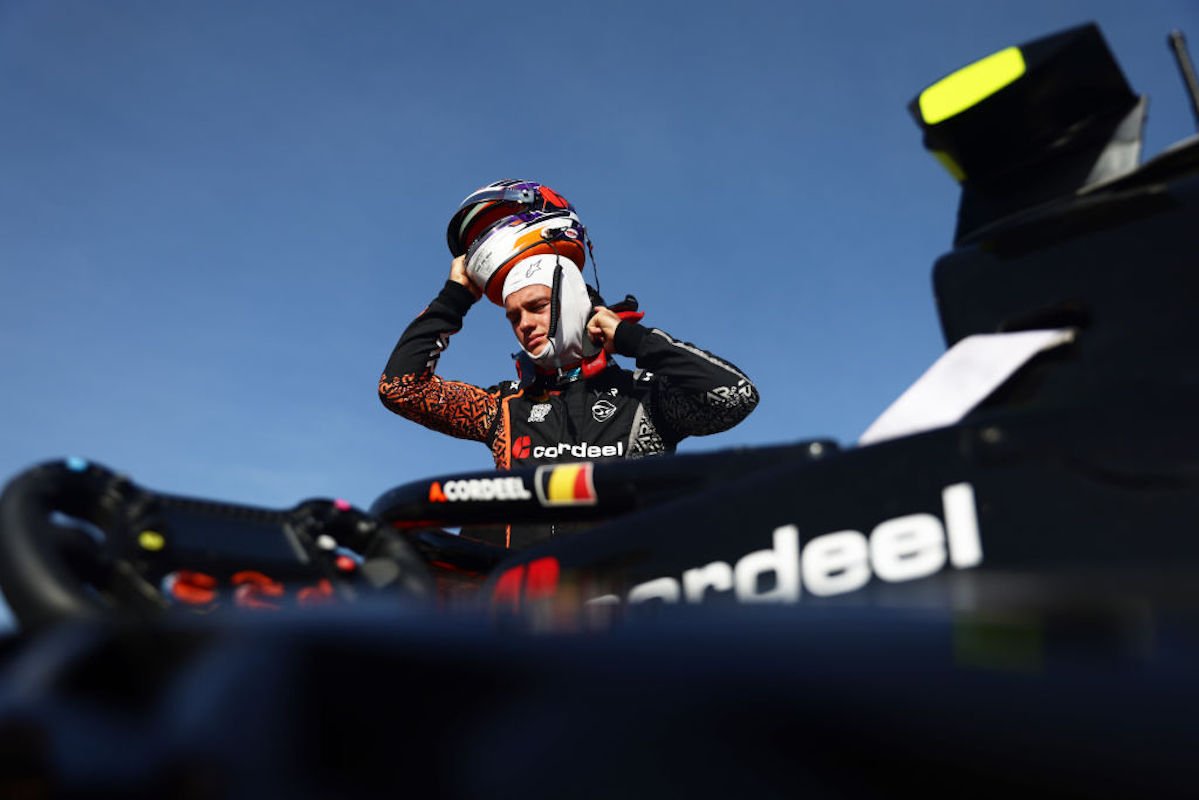 Amaury Cordeel has been banned from the next Formula 2 round at Silverstone after accumulating 12 penalty points across the opening six rounds of the season.

Cordeel has regularly incurred the wrath of the stewards during his rookie campaign with Van Amersfoort Racing, and had been in danger of a one-round suspension since reaching 11 penalty points during round four at Barcelona.

He has now received a 12th penalty point after an incident in the Baku feature race that took himself and Olli Caldwell out on the opening lap.

Both drivers were summoned by the stewards who found Cordeel wholly at fault for the collision. As well as being banned for Silverstone, he has been given a three-place grid penalty for the next race in which he takes part.

Cordeel stepped up to F2 after finishing 23rd in the FIA Formula 3 Championship in 2021. He is the first F2 driver to receive a ban since Mahaveer Raghunathan was forced to miss the Red Bull Ring round in 2019. VAR will be able to name a replacement driver for Silverstone.

Another collision in the feature race that led to a stewards’ hearing was that between Cem Bolukbasi and Roy Nissany after an alleged altercation involving Bolukbasi’s father and Nissany’s trainer in the F2 paddock.

Yavuz Bolukbasi “admitted that he lost his temper” after thinking Nissany had “made a derogatory comment about his son” and there followed “some pushing and physical contact between the father and the trainer” Francesco Martinez.

Stewards added that “no punches were exchanged and the unwanted guests were removed from the area” as they issued a fine of 5000 Euros to be paid by Cem Bolukbasi and declared that his father’s credentials are to be withdrawn for the next round.

Nissany was found to be wholly at fault for the on-track incident and was given a three-place grid penalty for the Silverstone sprint race.

There was one other unusual instance that the stewards had to deal with, with Campos Racing being fined 8000 Euros (6000 Euros of which is suspended) for having seven people on the pitwall during the feature race rather than the permitted six. This was after Carl Runefelt, a Swedish cryptocurrency investor who is a sponsor of Ralph Boschung, joined the pit wall for the start of the race.

“While it is clear that Mr Runefelt was not an operational team member, this is still a breach of the Sporting Regulations and the team must at all times control who is present on their pit wall,” the stewards decision read. “A significant portion of this fine has been suspended to discourage a recurrence of a similar incident.”