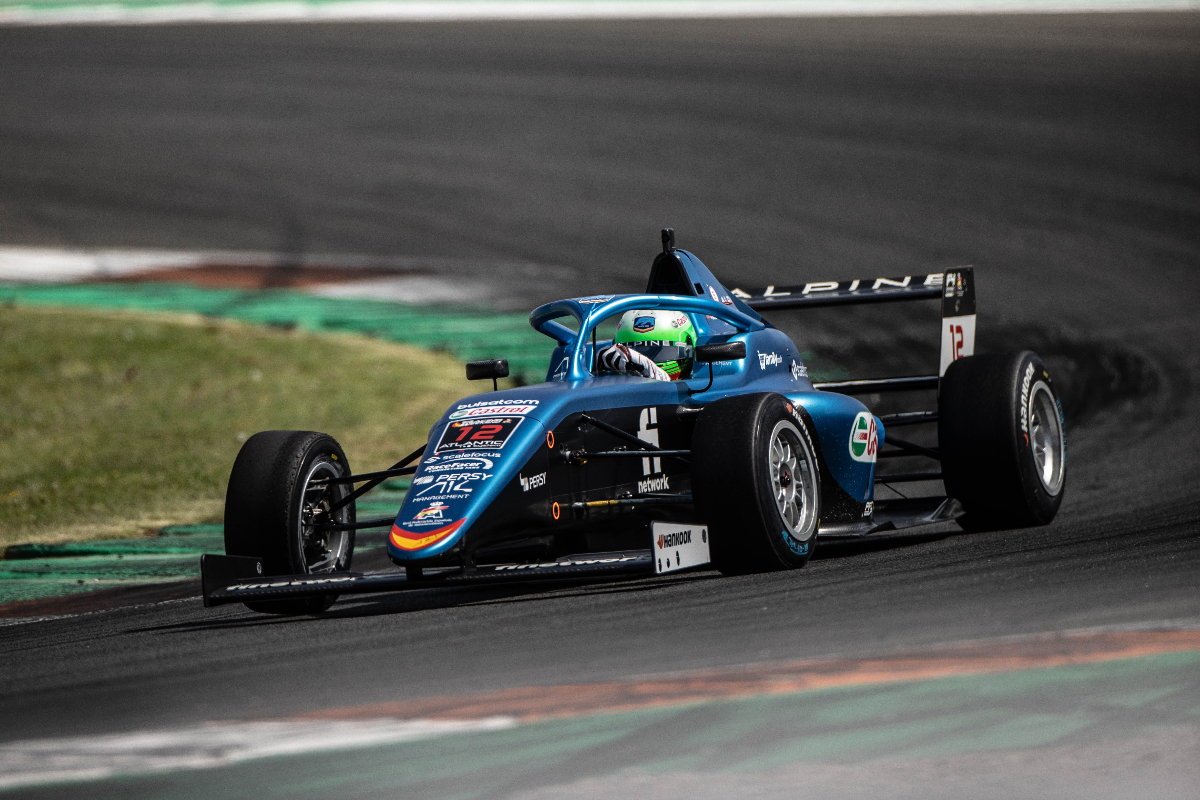 Nikola Tsolov made it three dominant wins out of three at Valencia’s Ricardo Tormo circuit in Spanish Formula 4, profiting from early drama for his team-mate.

Hugh Barter pipped fellow Campos Racing driver Tsolov to pole by 0.017 seconds, but stalled on the grid and dropped all the way to the back while Tsolov initially took the lead but then went side-by-side with Timoteusz Kucharczyk.

Tsolov ran wide exiting the first corner and Kucharczyk edged into the lead on the inside through the next corner. Doing the same at the next corner allowed Tsolov to carry more speed and stay alongside Kucharczyk as they headed downhill and meant he had the inside line for the Nico Terol right-hander. That proved critical as he reclaimed and from then on was unchallenged.

The pace difference between Tsolov and the rest of the field meant he finished the 17-lap race 4.168 seconds ahead of Kucharczyk, with MP Motorsports’ Kirill Smal passing Manuel Espirito Santo off the line, gaining another spot from Barter’s misfortune then going around the outside of Georg Kelstrup at the opening corner to take a third place he would not let go of.

Kelstrup was also passed by Drivex School’s Bruno del Pino, but on the next lap got back into fourth by going around the outside but off track to pass del Pino. Through the rest of the race del Pino was hounded by Espirito Santo, who managed to demote him to sixth by diving down his inside at Nico Terol on lap 14. MP’s Christian Ho also thought about making his way through but instead shadowed del Pino to the finish, with Gael Julien not far behind by the chequered flag either.

The biggest battle in the race was over 15th place, with eight cars taking part and lots of side-by-side action that ultimately led to track limits penalties being handed out as drivers ran wide. Teo Martin Motorsport’s Daniel Nogales came out on top of that ahead of MP’s Miron Pingasov, while the rest of the contenders had seven seconds added to their race times or retired in the case of Lola Lovinfosse and Vladislav Ryabov.

Alvaro Garcia also didn’t reach the finish, the Formula de Campeones driver having an incident that left him stuck on track on the final lap.

Barter’s recovery drive from outside the top 20 brought him up to 13th place.