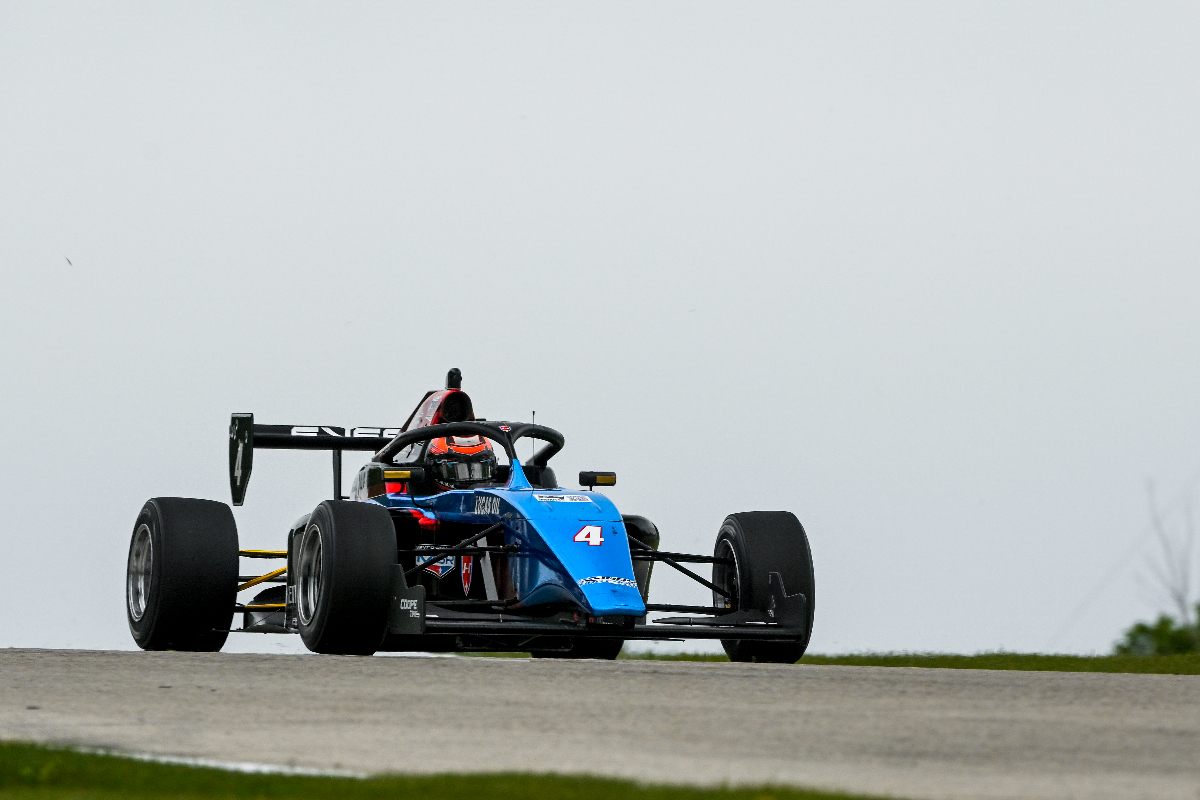 Braden Eves picked up his first Indy Pro 2000 win since last August in the second race at Road America.

The Jay Howard Driver Development won three of his first 11 races in the series over 2020 and ’21, but had only won one in the next 24 prior to Sunday’s encounter.

Eves started fourth after Juncos Hollinger Racing’s Enaam Ahmed was disqualified from that position in qualifying, and he made it up to second on lap one behind poleman Josh Green while Reece Gold fell from the front row to fourth behind Yuven Sundaramoorthy, and third-placed starter Wyatt Brichacek dropped to the back.

The lead changed hands at the start of lap three as Eves passed Green around the outside of the first corner, while Gold was demoted to fifth by Jack William Miller.

On a charge was Miller and Ahmed, with the former taking third from Sundaramoorthy into Turn 5 on lap four while Ahmed had already climbed from 16th to eighth by the same point.

As Eves pulled away from Green, Miller closed in on and passed Green and then left him to the attacks of Gold.

There was a 2.3-second gap between the top two at the halfway point of the 15-lap race, but Miller got in his groove and brought the lead down to less than a second before Eves responded over the last three laps to ensure he finished ahead by 1.2s.

Eves’ team-mate Salvador de Alba passed Sundaramoorthy soon after Miller did, and cleared Green not long after him too, then spent the rest of the race defending his third place. The battling Green and Gold were in his mirrors through the race’s first half, but once Ahmed made his way into fourth on lap 10 he applied the pressure and drew alongside on the run to the chequered flag to finish just 0.0001s behind in a photo finish.

Green held off Nolan Siegel to claim sixth, and Sundaramoorthy faded to eighth ahead of Jonathan Browne.

Gearbox issues meant championship leader Louis Foster had a bad qualifying and started 12th, but he did make strong early progress in the race and was up to seventh briefly before he started falling back down the order in the final laps and finished 13th.