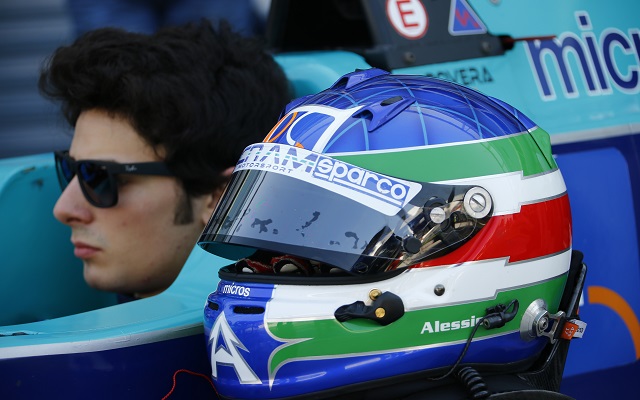 Italian youngster Alessio Rovera will make his competitive debut at the wheel of a Formula 3 car in the final round of the 2014 Euroformula Open season at Circuit de Catalunya.

Rovera, 19, will race an F312 fielded by Italian squad Corbetta Competizioni, having tested with the team at Cremona.

Rovera made his car debut in Formula Abarth last year and claimed the series title in his rookie year, scoring six wins for Cram Motorsport in his championship campaign. He continued his partnership with Cram into 2014, joining the Formula Renault 2.0 Alps series, and, despite missing the final round, ended up placing sixth in the standings, with three podium finishes at Spielberg and Monza to his name.

“I’m delighted to have Alessio driving for us at the final event of the Euroformula Open”, stated team boss Angelo Corbetta. He confirmed long-term plans for Rovera, saying: “It will be useful to put more experience under his belt for next year, and to start in the best possible way. We have scheduled additional test days after Barcelona?.

Corbetta’s best finish of the season thus far came at the hands of Damiano Fiorovanti, who scored a sixth in race two of the opening round at Nurburgring.

Rovera won’t be the only high-profile debutant in the Barcelona season finale, as top karter and eight-time Italian F4 podium finisher Leonardo Pulcini will join the grid with DAV Racing.