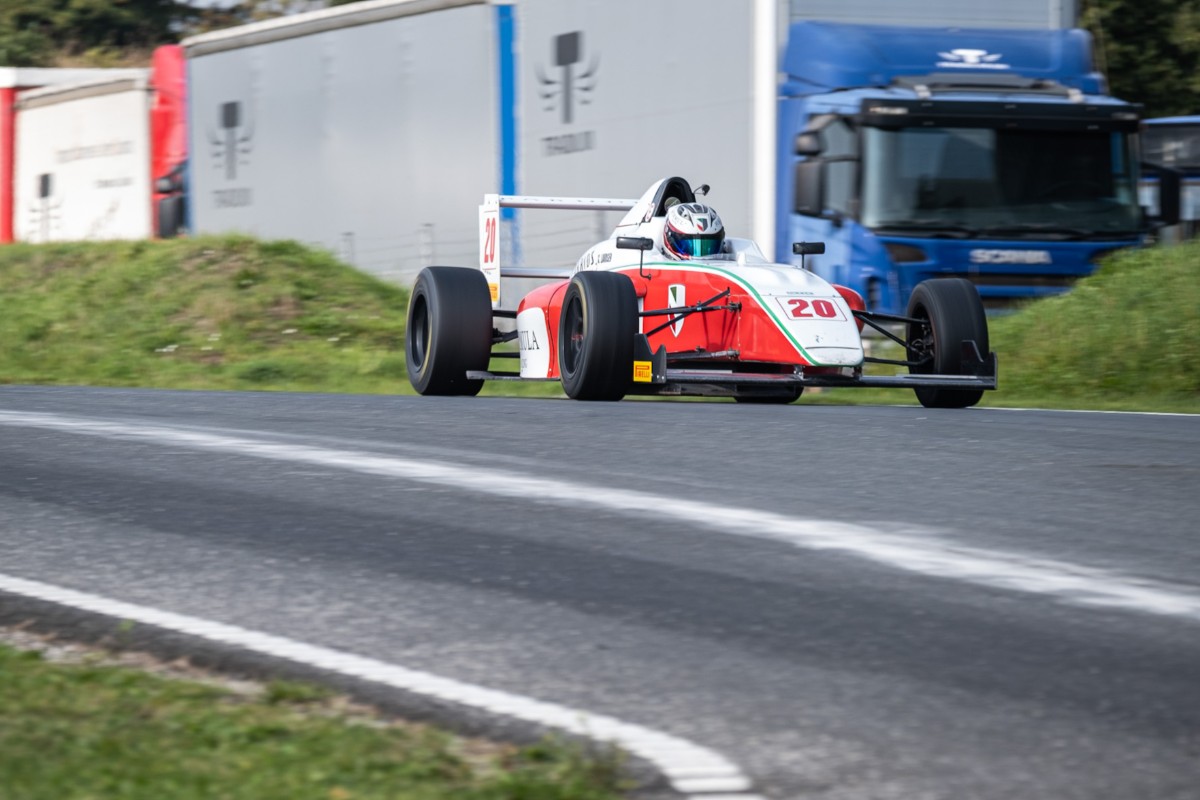 The championship was the first in junior single-seaters to get underway after Europe’s lockdown period during the coronavirus pandemic, but the final two rounds this month were then cancelled as a result of pandemic-related issues.

A one-day event at Sturup was organised at late notice, but the Danish foreign office has reccomended against visiting Sweden and as a result this Saturday’s season finale has been called off.

Team FSP’s Conrad Laursen, who led the standings with two wins to his name from the three rounds that did take place, has been named as the series champion by 20 points over team-mate Benjamin Frislund.

Italian F4 regular Sebastian Ogaard missed a round but completes a 1-2-3 for FSP in the points, with Danish Formula 5 champion Mads Hoe finishing fourth overall in the points in his self-run car.

Also in contention for the title prior to the cancellation were William Wulf and Juju Noda, who each won a race as rookies this year.

“A big thank you to both drivers and teams who have shown great cooperation and understanding through a challenging season with more adversity than success,” read a series statement.

“Thanks to Sturup Raceway and [circuit managing director] Flemming Schleimann for the quick response and great cooperation in connection with the launching of the replacement race for the F4 drivers.”

FSP dominated the teams classification, with Hideki Noda’s Noda Racing team a distant second in the points and Hoe’s own Mads Hoe Motorsport in third.