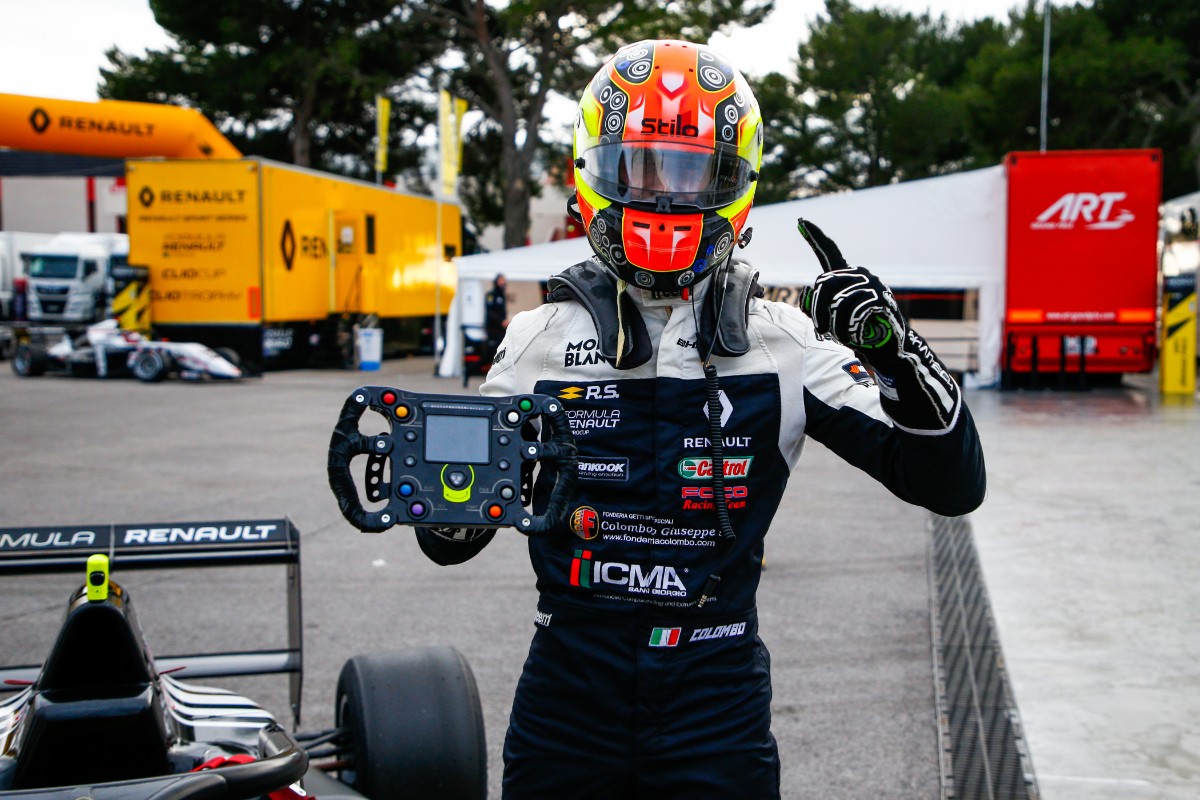 Bhaitech’s Lorenzo Colombo took his second pole position of the weekend in the final Formula Renault Eurocup round at Paul Ricard, ahead of title contenders Victor Martins and Caio Collet.

The 20-minute session began in cold and damp conditions, with times improving considerably throughout. The 19-strong field was quicker than it was in Friday’s qualifying session, which determines the grid for Sunday’s race.

For the potential title decider on Saturday, Colombo was the first driver to dip under the 2m00s mark with just five minutes remaining.

From there, ART Grand Prix’s Martins looked to be the one to secure another pole position, just ahead of Collet.

However, on his final lap, Colombo returned to the top of the timesheets with personal bests in all three sectors, and ended up 0.144s ahead of Martins to take the final pole in series history.

R-ace GP’s Collet was fractions behind Martins in third, and goes into Saturday’s race 44 points behind the Frenchman.

MP Motorsport’s Franco Colapinto and Hadrien David qualifed fourth and fifth, while Arden’s Alex Quinn rose up to sixth place at the end.

Collet’s team-mate Elias Seppanen, a graduate of ADAC Formula 4 and debuting in the Eurocup this weekend, will line up 17th on the grid for his first race in regional Formula 3.