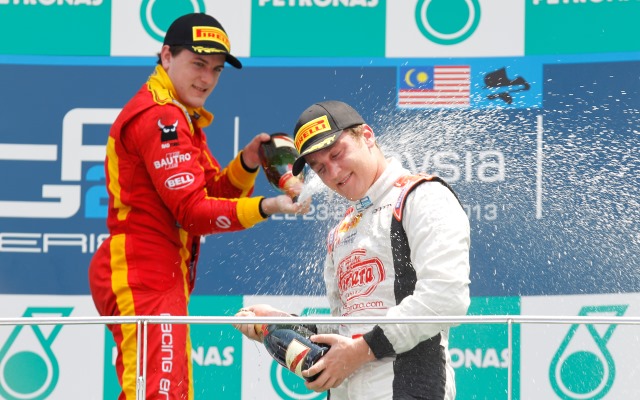 Stefano Coletti will continue in GP2 in 2014 after landing the second Racing Engineering seat ahead of next week’s opening pre-season test in Abu Dhabi.

The Monegasque made his series debut in 2009 and has contested three full seasons since 2011. Last year driving for Rapax, he led the championship for the first half of the season after sprint race wins in Malaysia, Barcelona and his home streets in Monte Carlo, but failed to score a single point in the second half of the campaign and slipped to fifth in the standings.

He will contest his fourth full season of GP2 with Racing Engineering, who took Fabio Leimer to the 2013 title, where he partners Ferrari protege Raffaele Marciello.

“I am really happy and looking forward to working with Racing Engineering this year,” said the 24-year-old. “During recent ?years, they have proven to be a very serious and competitive team. I hope this year will bring us a lot of success.”

Team owner Alfonso de Orleans-Borbon added: ?We have had the chance to closely follow Stefano?s career for the last few years, and especially in 2013. What we saw was a very fast and determined driver, who knows how to fight on track and take race wins.

“We are very pleased that he is joining us for the 2014 season and I am convinced he will be a title contender this year. Stefano is a very pleasant and hardworking driver, I am sure he will fit in well with the team. With Stefano and Lello we have a driver pairing one can only dream of and we are all really looking forward to the start of the season.”

Coletti’s arrival at Racing Engineering means just three seats are left to be secured at MP, Trident and Lazarus respectively. GP3 racer Tio Ellinas is the favourite for the first-mentioned.