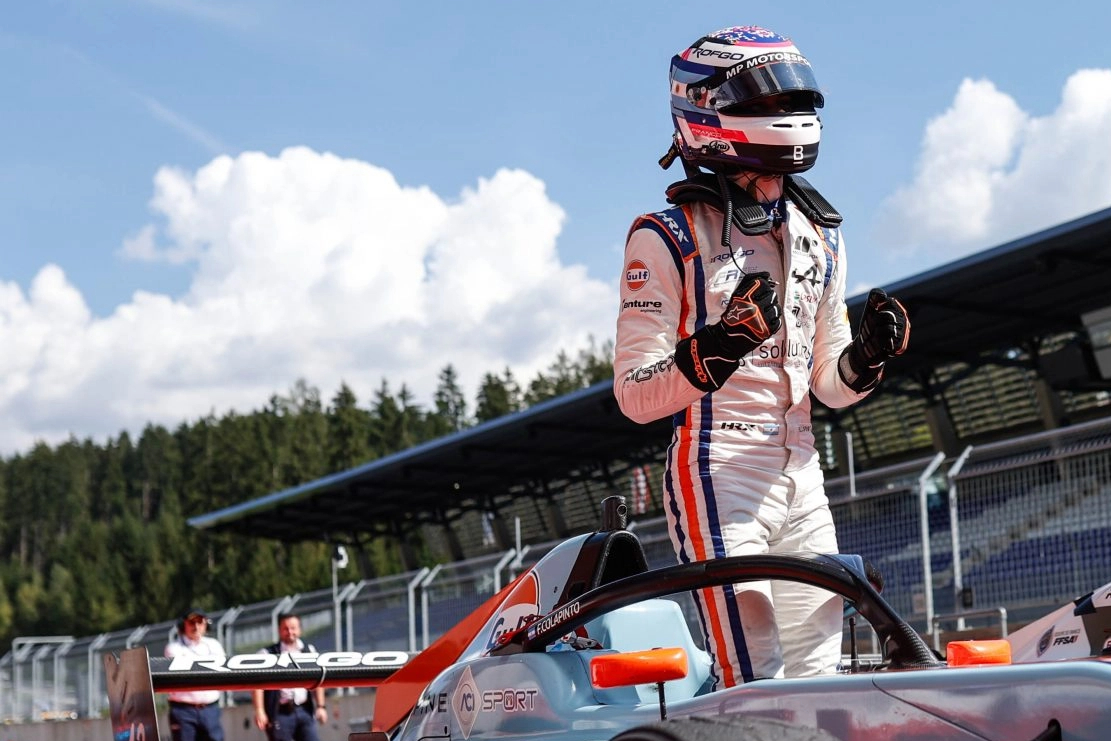 The MP Motorsport driver controlled the race from the beginning to the end to repeat his pole to win performance of Saturday.

The safety car was out on lap one as a result of David’s opening corner collision with Michael Belov, which spectacularly wiped both out.

Several battles took place behind the top three, with Prema’s Dino Beganovic making the most of the first laps to move up from 12th on the grid to sixth.

R-ace GP’s Isack Hadjar closed the gap with his team-mate Zane Maloney, and attempted a move for fourth with half of the race to go. However, Maloney defended well and he kept the position as Hadjar ran wide at turn three.

There was also an intense battle for 10th between ART GP’s rookie Gabriele Mini and Prema’s David Vidales, with the Spaniard claiming the last point in a race otherwise lacking in overtaking.

The Brazilian driver had struggled in qualifying and then being forced to retire from Saturday’s race, and he could only make up one place from his race two starting position.