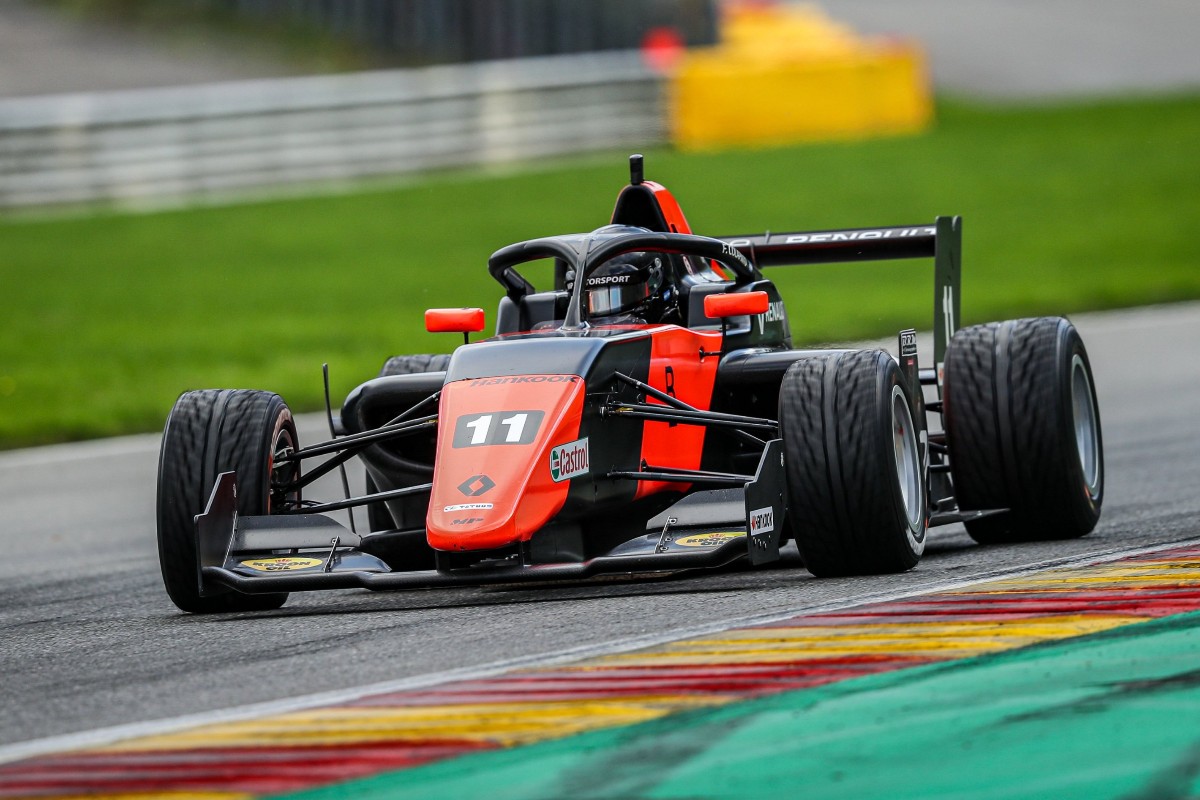 Heavy rain and a heavy crash just before the halfway point brought out the red flag with 13 minutes on the clock.

Colapinto, who snatched the lead off the line, picked up the win ahead of poleman and points leader Victor Martins.

Martins got a difficult getaway from pole and was forced to defend against Ugo de Wilde to retain second. He held off de Wilde, but Colapinto had already amassed a significant lead by going around the outside.

Rain, which had stopped shortly before the race start, returned halfway through the first lap, causing significant spray.

Martins was able to close back onto the tail of Colapinto, but a brief moment of aquaplaning sent him wide and dropped him back.

The MP Motorsport driver had no problems for the remainder of the race up front and was continuing to extend his lead when Arden’s Reshad de Gerus crashed into the barriers on exit of Eau Rouge.

De Gerus was able to get out of the car unaided, but the significant damage to the rear of his Arden-run car, as well as the barriers, necessitated the appearance of the safety car.

That brought Martins back onto Colapinto’s tail, but conditions were too bad for racing to resume and the race was red flagged late on lap five, with the result being taken from the lap prior and with de Gerus as classified finisher.

MP’s guest driver Kas Haverkort picked up fifth ahead of FA Racing’s Amaury Cordeel and Martins’ R-ace GP-run title rival Caio Collet, who climbed up from 11th on the grid after a difficult qualifying.

Another driver forced to climb up through the field was David Vidales, who was sent to the back but managed to climb up to 10th before the safety car was brought out.