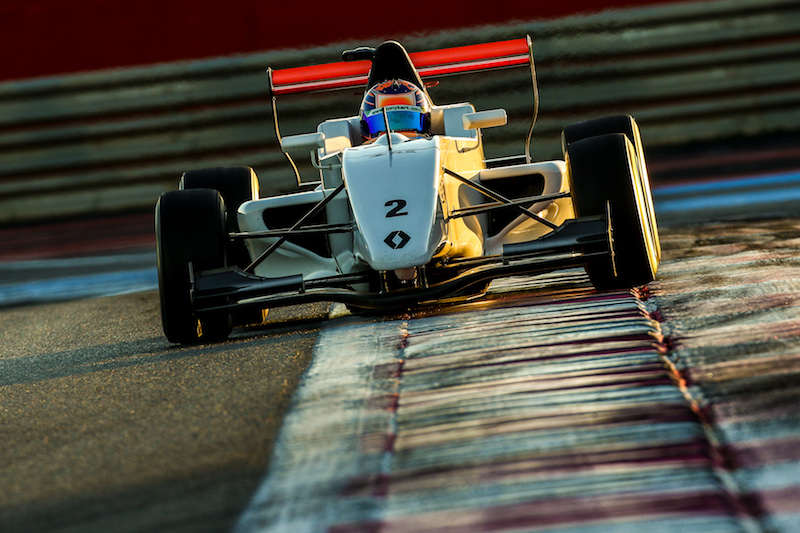 Clement Novalak will race in both the Formula Renault?Eurocup and BRDC British Formula 3 during his first year of car racing.

The 17-year-old made his single-seater debut last month in the Toyota Racing Series, winning twice with Giles Motorsport.

He finished fifth in the standings, only behind the M2 Competition quartet of Robert Shwartzman, Richard Verschoor, Marcus Armstrong and Juan Manuel Correa, all with far more experience than Novalak.

Born in France, raised in Switzerland and racing under the British flag, Novalak’s karting career included WSK Super Masters Series titles in 2015 and 2017 at junior and senior level respectively.

“For 2018, I?ll be doing a double program to race as much as possible in my first year [in single-seaters],” he revealed to Formula Scout.

Josef Kaufmann Racing has taken Sacha Fenestraz and Lando Norris to the Eurocup title in the past two years, as well as with Stoffel Vandoorne and Robin Frijns prior to that.

The team has already signed Verschoor for 2018 and is also expected to retain Chinese driver Yifei Ye.

In British F3,?Carlin has already signed Nicolai Kjaergaard and Renault junior Sun Yue Yang, while Billy Monger is also seeking to make his racing return with the team.

Novalak tested in both Formula Renault and British F3 prior to his TRS campaign, and has been back behind the wheel in the latter since returning from New Zealand.

The two championships will clash twice this year:?British F3’s trip to Spa-Francorchamps in July occurs on the same days as the Eurocup races at the Red Bull Ring, a problem that is repeated in the penultimate round of both championships, taking place at Donington Park and Hockenheim respectively.

On both occasions, Novalak will prioritise the Eurocup races.

Current McLaren reserve driver and European F3 champion Lando Norris undertook a similar strategy in 2016, in which he became Eurocup champion and won four times in his half-season in British F3.