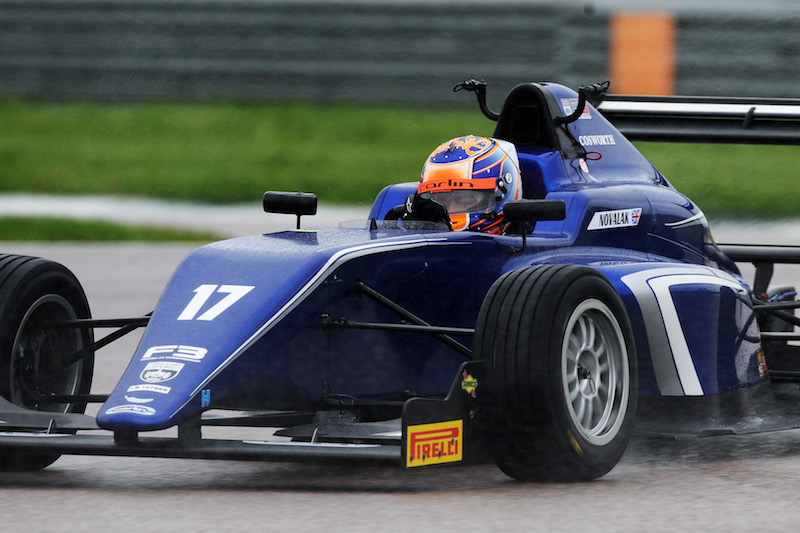 Clement Novalak will embark on a full BRDC British Formula 3 season with Carlin this year.

The French-born, Swiss-raised, British driver contested four rounds of the series in 2018 with Carlin alongside a Formula Renault Eurocup programme with Josef Kaufmann Racing.

Novalak had started 2018 with an impressive Toyota Racing Series campaign, winning twice and finishing fifth overall in his first races out of karts, where he had twice won the WSK Super Masters Series.

His European season proved to be tough however, thanks in part to an injury that forced him to miss several events. While he scored no points in the Eurocup, he took a best finish of fourth in BRDC British F3 – having claimed pole position for his debut at Oulton Park.

“I?m pleased to be back with the team and taking on a full season assault in the BRDC British F3 Championship,” Novalak said.

“There are so many races that I?m looking forward to but mostly I just want to get back racing again!

“Testing with the team so far has been going really well, I think we?ve made great progress too so I can?t wait to get started on what should be a great year for us.?

?We are thrilled to welcome Clement back to the team for another season,” said team boss Trevor Carlin.

“We worked together during a part-campaign last year and it was clear to see that he had a lot more to give so it?s fantastic that he?ll get the opportunity at a full season with us in the BRDC British F3 Championship.

“He fits in brilliantly with the team so I have no doubts that we can enjoy a good season together fighting at the sharp end.?