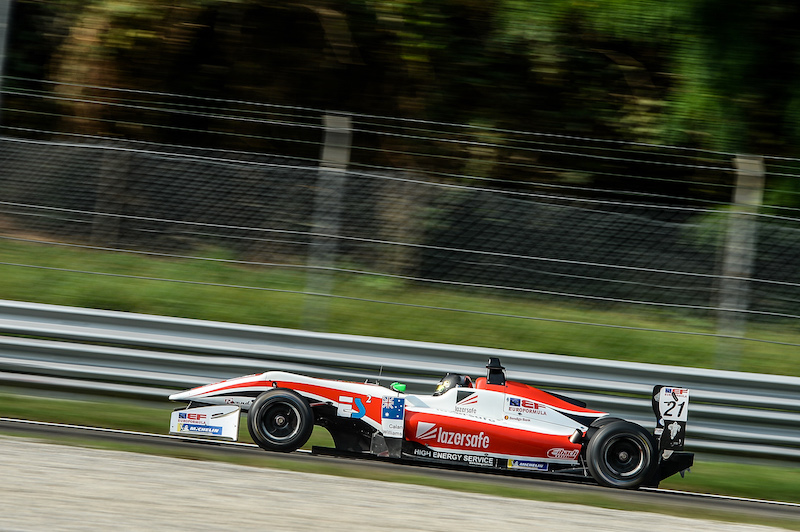 Australian Formula 3 champion Calan Williams will continue with Fortec Motorsport as he makes the move to the Formula European Masters championship this season.

Williams, who spent 2018 competing with the team in EuroFormula Open, is the second driver to be confirmed for Fortec?s FEM campaign, joining Cameron Das at the British team.

The 18-year-old finished 11th in the 2018 EuroFormula Open championship, despite missing the final two rounds of the season. He picked up five top 10 finishes, including a season best of sixth at the Hungaroring.

Over the winter, he competed in the Toyota Racing Series, finishing eighth overall, just behind new team-mate Das.

?I?m really looking forward to the coming Formula European Masters season,? Williams said. ?I learned a lot in my first year in Europe and thanks to the experience I gathered this winter in New Zealand I feel ready for the next logical step on the motor racing ladder.

?And I am particularly happy about the fact that I will do this step together with Fortec Motorsport. After all, I owe the team and team principal and engineer Mick Kouros in particular a lot. He developed me greatly as a racing driver.?

Team principal Mick Kouros added: ?Calan developed really well, in the short period of time, and we jointly work on turning him into an even better driver. We are of the opinion that the Formula 3 European Masters is the perfect race series for him as the series offers him the chance of shining on an optimum platform in front of the eyes of the manufacturers involved in DTM.??