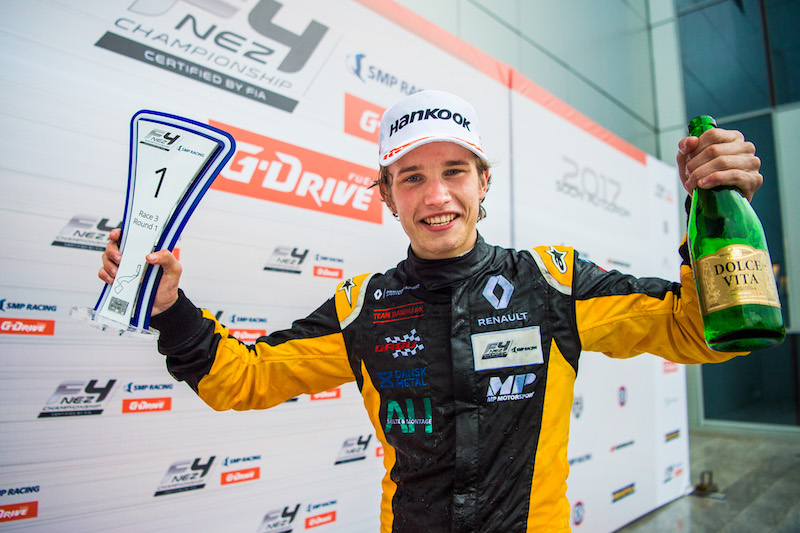 Lloveras made a poor start from pole, but regained the lead when Lundgaard and others went deep in wet conditions at Turn 2.

Much of race two was run behind the safety car in even wetter conditions, but Lundgaard was able to pass Lloveras quickly after the restart and take victory by 5.8?seconds, with Smolyar completing the podium again ahead of fellow SMP driver Vladimir?Tziortzis.

Conditions improved for the finale but Lundgaard displayed similar form, winning by 21 seconds over MP Motorsport team-mate Viscaal, who had Nikita Volegov, Lloveras and Haapalainen on his tail at the flag.

Lundgaard leads the standings by one point over Lloveras.