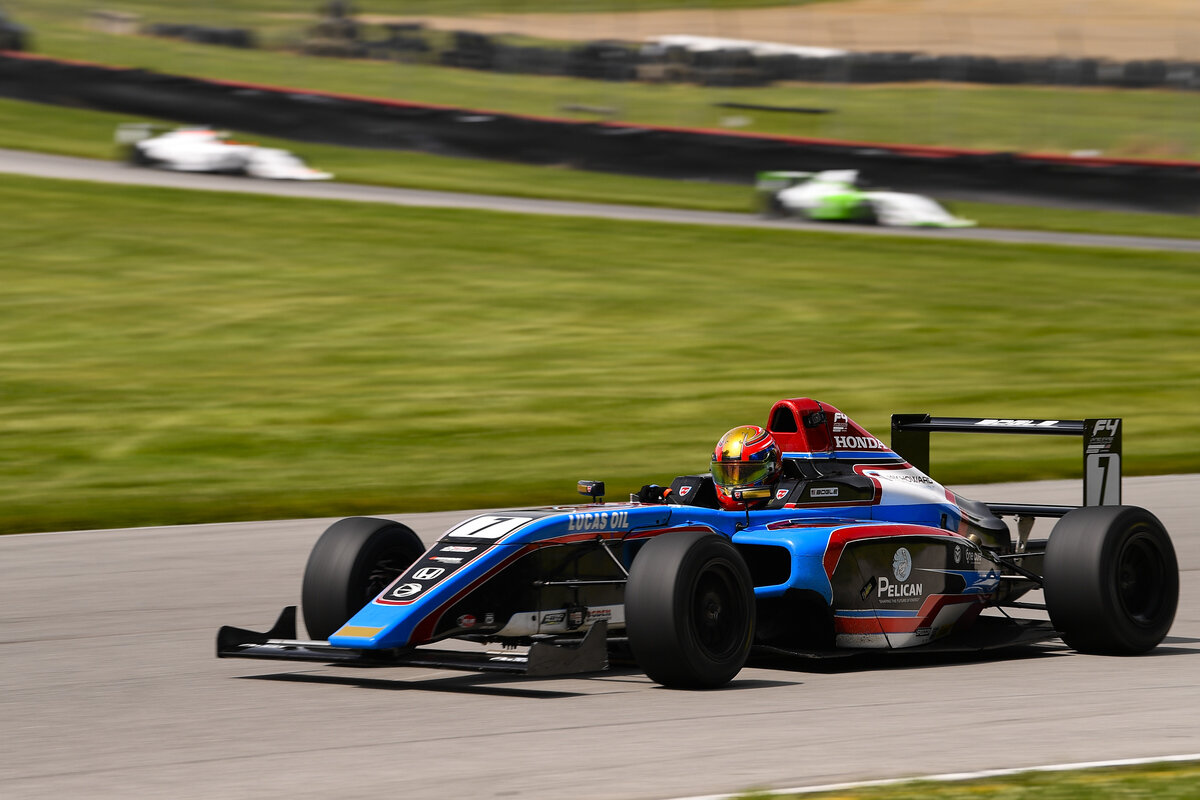 Bogle won the rain-shortened first race of the weekend, which was later deemed a non-championship encounter due to its lack of green flag running, but was then disqualified along with second place finisher and team-mate Bijoy Garg.

The appeal on that decision, understood to also affect his participation in race two, will be decided post-weekend.

Bogle made a good start, but once again only had half a lap of green flag running before the pace car arrived, due to DEForce Racing’s Seth Aldretti spinning.

Dylan Tavella had it up to fourth from 10th on the grid prior to the pace car’s arrival, and on the restart he immediately passed Yeany for third. The Crosslink/Kiwi Motorsport driver then attacked Siegel on the long straight down to Turn 4, and after taking to the grass they then touched wheels spectacularly.

Somehow neither driver went off, and Yeany passed both for second place as they continued to battle.

Yeany had started pressuring Bogle, who was frequently loose over the crest of Turn 5, when another pace car interruption occurred due to debris on track.

On the restart the front three pulled away, with Tavella at the back of that trio until putting a pass on Yeany at The Keyhole hairpin on the next lap. He had no answer to Bogle though, although he did get closer to him as the race ended behind the pace car after JHDD driver Nick Persing crashed.