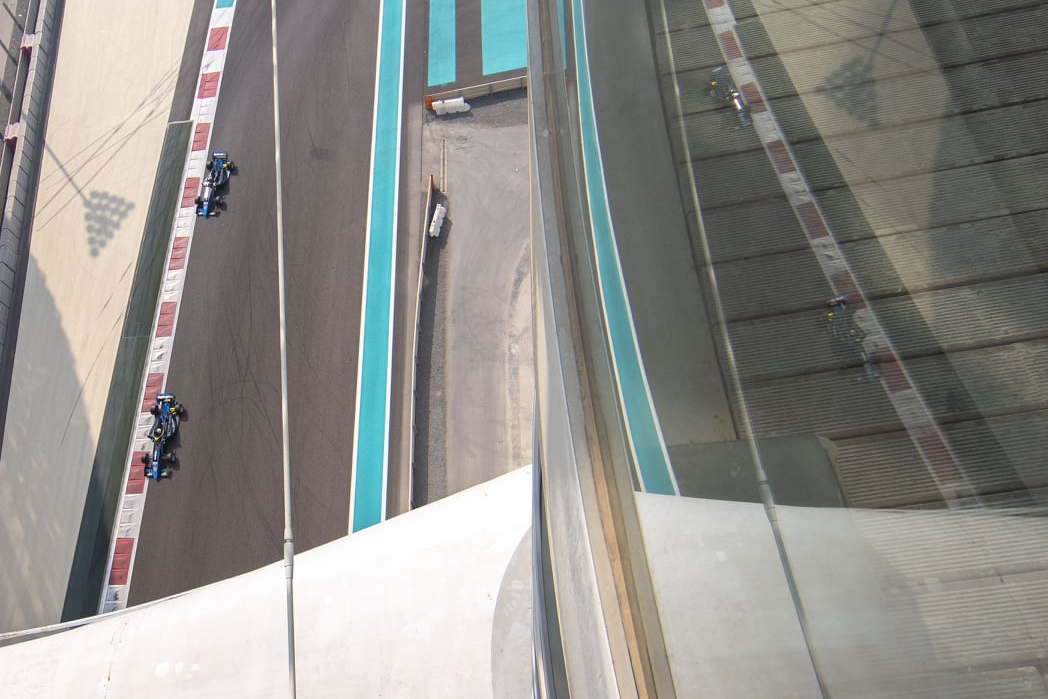 Pierre-Louis Chovet led from lights-to-flag at Yas Marina Circuit for his fourth Asian Formula 3 win of the season, extending his points lead in the process.

The Frenchman was never seriously threatened up front during the race, making a great start from pole on his new set of tyres to avoid attacks from Abu Dhabi Racing by Prema’s Guanyu Zhou, and doing so again on safety car restarts.

The first interruption of the race came on lap five after Chovet’s Pinnacle Motorsport team-mates Alexandre Bardinon and Matthias Luethen clashed, resulting in Bardinon stopping on track with damage and Luethen retiring in the pits.

The second safety car period came just as Zhou – using the same tyres as in Saturday’s race – was about to come under pressure from team-mate Dino Beganovic for second place, and this time it was because Motorscape driver Nicola Marinangeli and Hitech GP’s Roy Nissany clashed.

Chovet mastered the restart, and didn’t have to worry about a third interruption despite a clash on the green flag lap that led to Evans GP’s Patrik Pasma retiring, caught out Abu Dhabi Racing by Prema’s Amna Al Qubaisi and also caught out several of the Hitech drivers as they tried going four-wide.

In finishing second to Chovet, Zhou reclaimed second in the standings from Mumbai Falcons’ Jehan Daruvala, who finished sixth behind Beganovic and BlackArts Racing pair Lorenzo Fluxa and Cem Bolukbasi.

Daruvala’s team-mate Kush Maini held off pressure from Hitech drivers behind to finish seventh, with Roman Stanek (Hitech), Roberto Faria (Motorscape) and Ayumu Iwasa (Hitech) rounding out the points. Faria is under investigation.