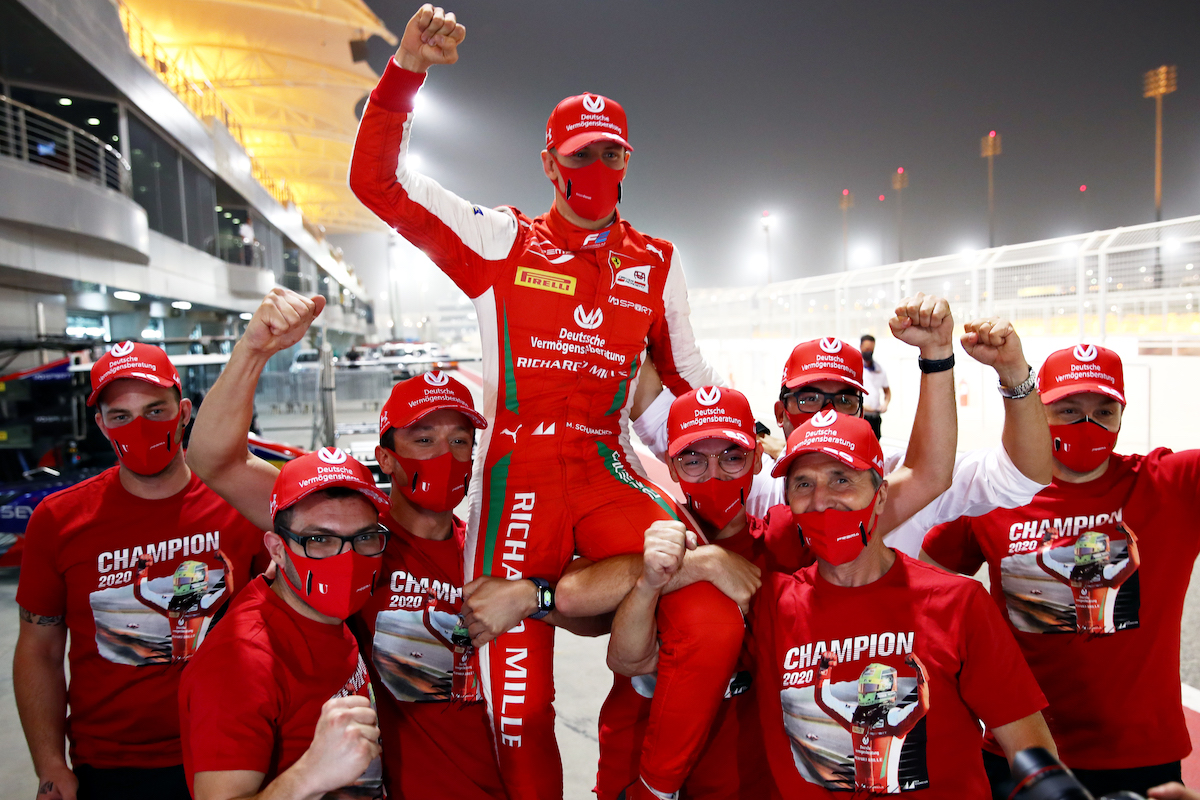 After a successful run with its Drive to Survive-inspired series last year, the second season of the Formula 2-focused documentary series Chasing the Dream has been launched on F1 TV

From the off, the six-part show (one more than last season) which measures in at 153 minutes of run time in total, many of the drivers that are given the most focus through the year are firmly thrust in the spotlight. It is a strong opening with the drivers’ desires and determination firmly on display.

The first ‘action’ of the 2020 season shown is the non-starting Australian Grand Prix, with some fine colour added from Melbourne by Jack Aitken, and some opening behind-the-scenes background into how F2 was able to get back on the road. Pre-season testing is skipped over entirely, which is a little bit surprising.

The 2020 F2 field had some brilliant characters up and down the grid and the show does a fine job in showcasing many of these personalities. Early ‘at home’ content with Marcus Armstrong and Callum Ilott in the house they share in Maranello during the early global shutdown is a joy to watch, while Guanyu Zhou’s win in the first Virtual Grand Prix was also covered – something many may have forgotten about as it was almost a year ago now.

It takes until the conclusion of the first part before racing gets underway – and the drama surrounding Ilott’s maiden victory is covered well. With the COVID-19 restrictions in place, we are not treated to the same level of insight into drivers with their families that we saw in the first season, unsurprisingly.

As was the case with the last season, the episodes all take a different tone, and some take a slightly different format. As so many drivers are with academies or linked to Formula 1, the primary focus is on those in that situation for the second episode. Felipe Drugovich, who remains unlinked to a team but revealed there was “some interest”, also gets a decent amount of coverage following his win in the Austria sprint. 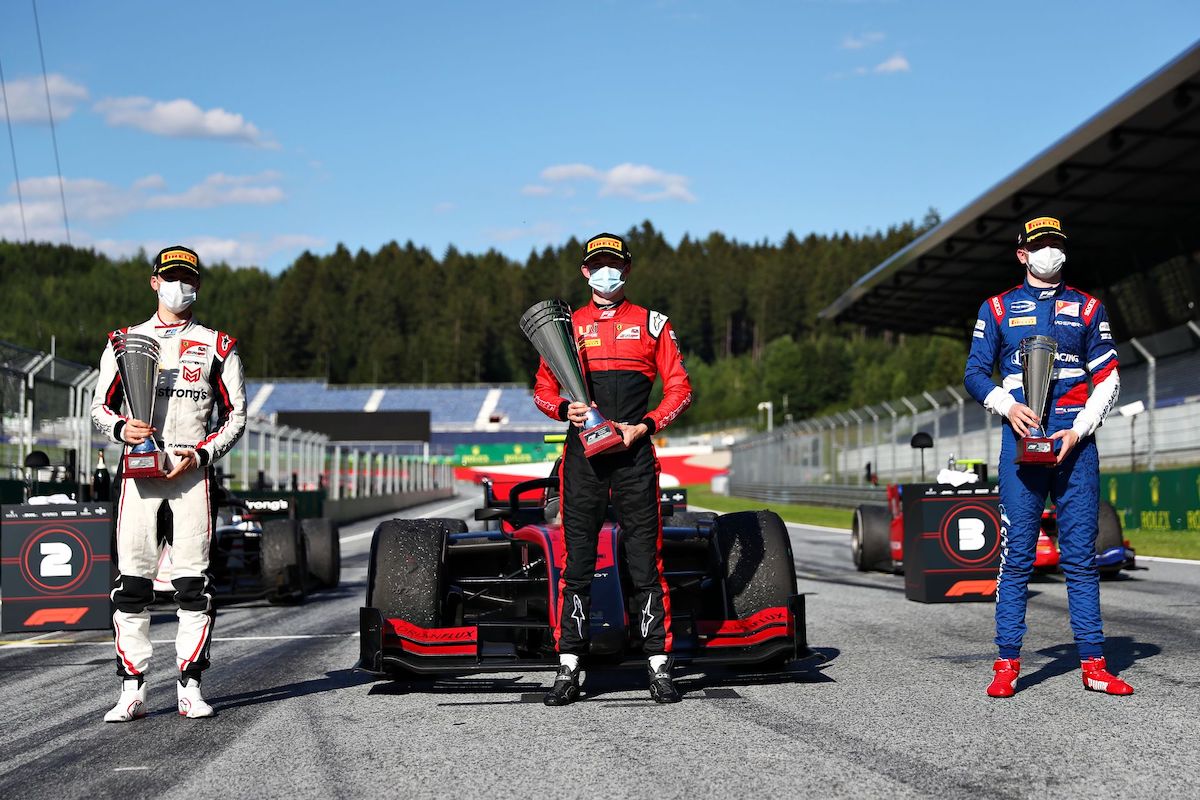 Robert Shwartzman – and his own struggles during the extended off-season following the loss of his father – is covered dignifiedly in the second episode following his dramatic win in the Styrian rain.

While there is a lack of focus on drivers ‘at leisure’ in their own homes, there is some fine insight into the inner workings of some of the teams – something not featured as much in the first season. British-based Carlin, Hitech GP and Virtuosi opened up their factories and there is a great insight into the struggles faced by the teams with the onslaught of nine race weekends in such a rapid run of races.

One of the most open interviews we have seen with Yuki Tsunoda to-date comes (somewhat surprisingly) here, where a brilliant job of bringing him out of his shell is evident.

It is into the third episode where the first proper mention of the late Anthoine Hubert comes. Given the nature of the accident and how the impact is clearly still felt on those within F2, it would be very easy to oversaturate the programme with what happened last year. It does a fine job of avoiding that and strikes a good balance. Nikita Mazepin – given how successful his season was – gets the coverage he warrants after his maiden win, but he sometimes feels a little out of place when featured.

It is at this point where some of the racing starts to become glanced over. The contact between eventual champion Mick Schumacher and Shwartzman at Silverstone does get a mention, but the maiden victory for Tsunoda is largely glossed over. As for Barcelona, there’s very little to be seen of it. Nobuharu Matsushita hardly makes an appearance throughout and his stunning win from 18th on the grid is omitted entirely. Also absent is the accident sustained by Sean Gelael that caused him to miss several rounds. Reliability was also a very big talking point through the year, and although it’s good that instances of cars breaking down were not omitted altogether, the public shows of frustration and criticisms from teams unsurprisingly are. 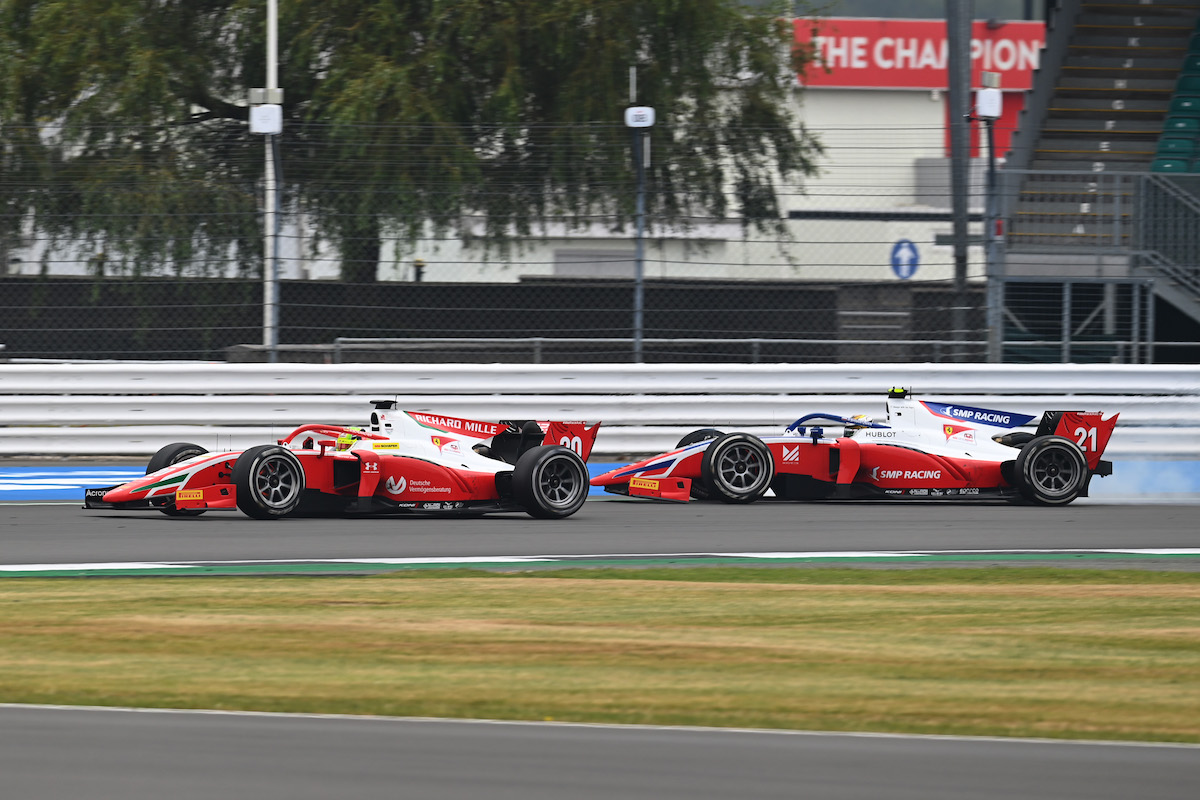 The fourth part is focused on Spa – a year on from the tragedy a year prior. While the loss of Hubert is covered and the highly emotive round is captured very well, much of the episode is about Juan Manuel Correa and his rehabilitation. The American, who will take a step back and race in FIA Formula 3 for his racing return a year and a half on, gives some very candid interviews about the mental and physical torture he has endured in that time. It is not an easy watch – just as the episode focused on Spa in the first season was not – but is handled eloquently.

The dynamic all-Alex duo of Brundle and Jacques provides some fantastic insight for the fifth episode, which begins to really dig deep into the championship battle. There is a focus on those racing with a famous surname, which fits in nicely with Schumacher in particular coming to the fore. Even drivers whose racing fathers are perhaps somewhat lesser-known – think Christian Lundgaard and Louis Deletraz – go into detail on what has been dubbed ‘surname pressure’ by Jacques. The chatty nature of this part works exceptionally well – just as the pair did in commentary last year.

That episode concludes somewhat abruptly but ends with Schumacher winning brilliantly in Sochi, his Ferrari F2004 demo run and handing one of his father’s helmets to Lewis Hamilton at the Eifel Grand Prix after equalling Michael’s win tally.

The final episode is the longest of the lot and covers off arguably the biggest crash of the year – between Luca Ghiotto and Aitken – early on and does so without overdramatising it. The two-month break, in which little really happened, is unsurprisingly effectively ignored, and the focus is on the final two rounds in Bahrain.

It does a great job of focusing on the action and reflects the weekends very well. The somewhat subdued fanfare given the pandemic is reflected, which feels adequate. While we get few new interviews at the end with lines we haven’t heard before, it does round off the season very well. It summarises what many of the big hitters are heading on to next year (including coming somewhat full circle for Aitken with his Williams cameo) while omitting any mention of the recent Mazepin controversy (which occurred after the season, it is worth remembering). 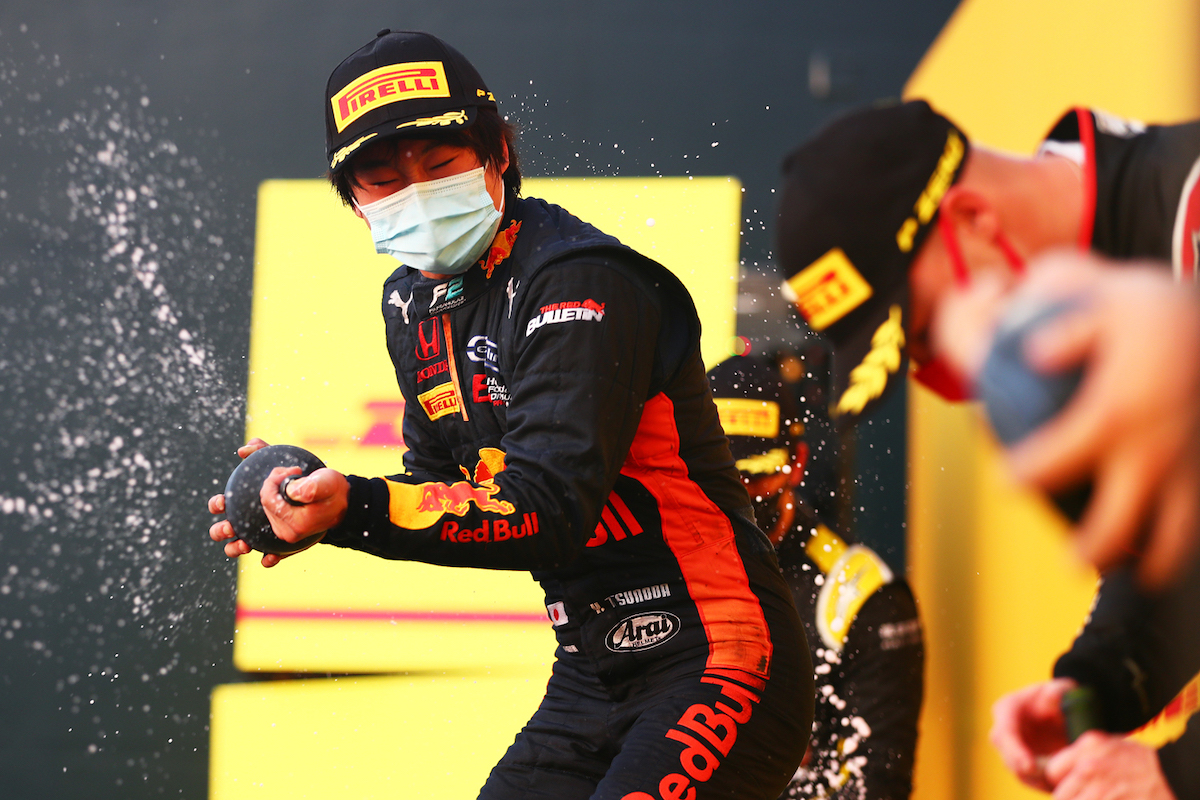 The choice to not give certain drivers coverage at all – even in the case of race winner Matsushita – does feel validated to give the flow the show needs and to allow the stars of the season and their personalities to really shine through.

All in all, the series does a very solid job of covering the ins and outs of the 2020 F2 season while maintaining the tone that fans have come to like from the likes of Drive to Survive. It is a little bit sad that some of the big stories (and especially the more controversial moments) have not quite made the cut, but understandable at the same time. It ultimately was a dramatic season and did not require the same level of overcompensating as we have seen at times in Drive to Survive. That did not stop it – not least with the use of sound effects – from pushing that boundary on occasion, which this writer is personally not a fan of.

As something to binge-watch in a night, to re-live what was a momentous and brilliant season, Chasing the Dream’s second season does a very good job. It’s no inch-perfect retelling of the season, but it’s not trying to be that.