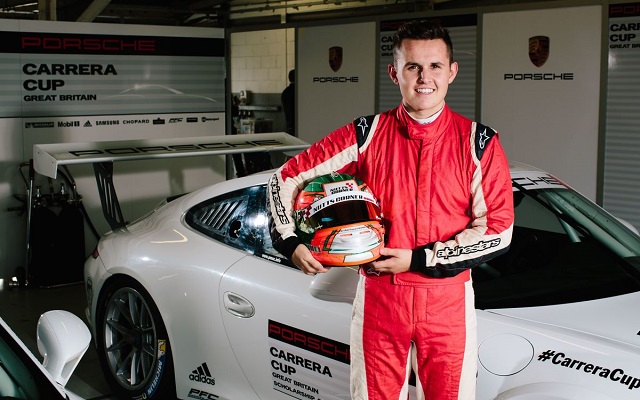 Single-seater racer Charlie Eastwood has won the Porsche Carrera Cup Great Britain scholarship to compete in the series over the next two seasons.

The Belfast driver competed in BRDC Formula 4, Toyota Racing Series and Formula Renault 2.0 during a year and a half in single-seaters in 2014-’15.

Previously a World and European champion in Rotax Max karting, he finished 10th in BRDC F4 last year and was sixth in TRS in New Zealand at the start of this season but cut his FR2.0 campaign short.

The 20-year-old wins ?80,000 towards his budget for each of the next two seasons among other benefits.

He succeeds former GP3 racer Josh Webster, who received the scholarship prize for the past two seasons and won the series title at his first attempt in 2014. Ex-Formula Ford champion Dan Cammish won this year’s crown.