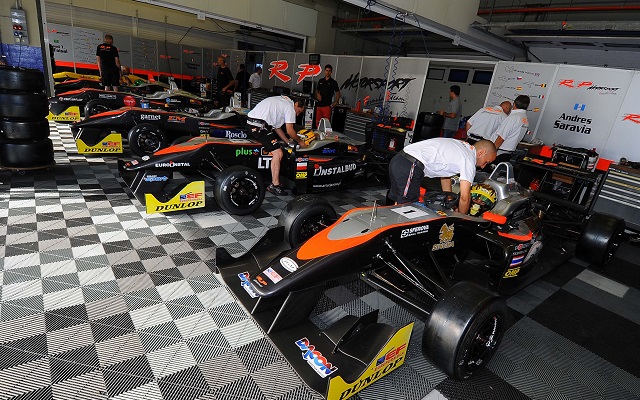 The Pole was, impressively, seven tenths faster than anyone else on the grid in session one, with West-Tec’s?Yarin Stern leading the rest of the field.

FIA F3 regular Alex Toril, who returns to the EF Open series after finishing fifth in the standings last year, kicked off his weekend with a third place, followed by fellow Spaniard Alex Palou and Italian F4 driver Leonardo Pulcini, who is making his debut in the championship.

The RP Motorsport trio of Sandy Stuvik, Dzhon Simonyan and Andres Saravia took sixth, seventh and eighth respectively. The top ten was completed by Che One Lim and Yu Kanamaru.

Later, it was points leader Stuvik topped the second session, yet his benchmark time was almost six tenths off his teammate Janosz’s best lap.

Newcomer Pulcini improved his personal best lap to take second in the afternoon run as Stern, Lim and Saravia completed the top five.