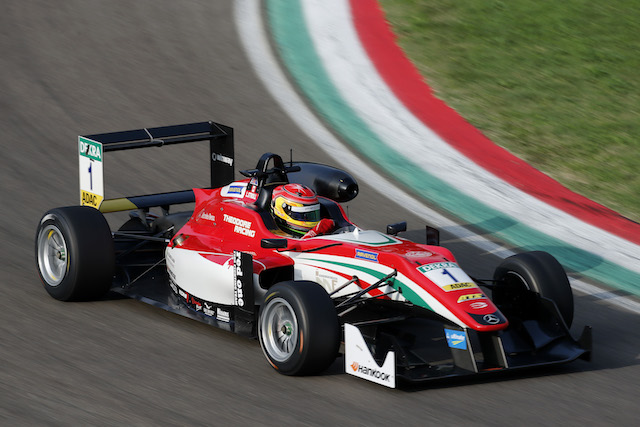 Newly-crowned champion Lance Stroll rammed home his FIA Formula 3 European Championship dominance with a commanding win in the final race of the weekend at Imola.

Hours after wrapping up the crown with race two victory,?Prema driver Stroll pulled open a 7.5-second?lead out front and posted the fastest lap on the final tour as he claimed his 11th win of the year.

George Russell and?Callum Ilott were left to fight over second, with the former getting ahead into Tamburello for the first time and finishing 1.1 seconds?ahead.