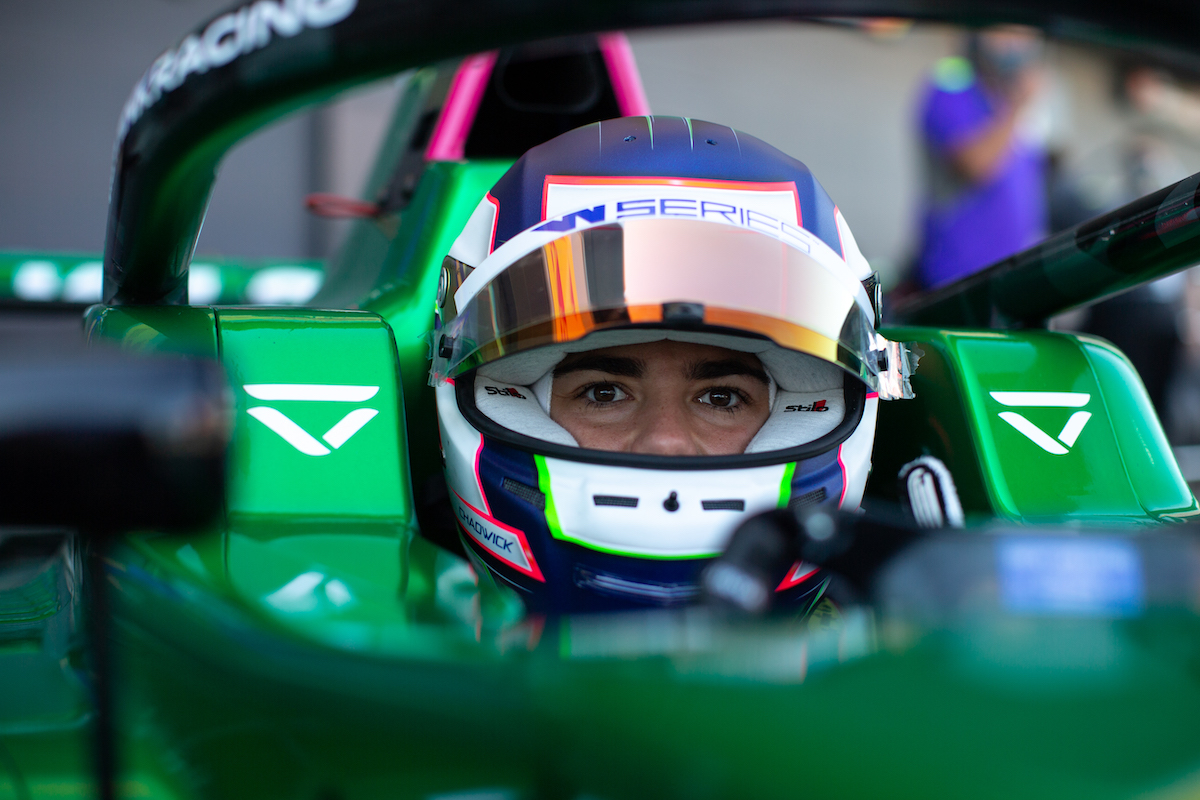 Jamie Chadwick topped a wet free practice session for the W Series round at Spa-Francorchamps, where the championship organiser has been forced into a last-minute driver change.

Rookie Irina Sidorkova tested positive for COVID-19, with the championship calling on one of its reserve drivers, Gosia Rdest, to take her place.

In a tweet, Sidorkova said she tested negative in her home country Russia last Sunday and again in Belgium on Tuesday before returning a positive test on Friday. It means her participation in next weekend’s race at Zandvoort could also be in question.

Championship leader Chadwick spent much of the practice session in the pits, deciding not to set a time when the track was at its wettest in the early stages.

Once on track, she initially inherited the top spot inside the final five minutes of the half-hour session when Fabienne Wohlwend had a fastest time deleted for exceeding track limits at Raidillon.

Wohlwend returned to first place inside the final minute, displacing Jessica Hawkins, before Chadwick recorded a 2m31.966s lap on her final attempt.

Her final margin over Wohlwend was 0.111s, with the driver from Liechtenstein improving on her last lap despite encountering traffic.

Sarah Moore topped the times in the middle of the session and finished up third with a late improvement. Hawkins was fourth ahead of Emma Kimilainen, who set the early pace before a spin at Fagnes.

Sabre Cook was sixth in front of the championship’s three Spanish drivers, Nerea Marti, Marta Garcia and Belen Garcia, with Abbie Eaton rounding out the top 10.

Bruna Tomaselli recovered to 12th after locking up and sliding into the runoff area at the start of the session, while Rdest took 16th to begin her third appearance of the season.

Both of those drivers missed the pit entrance at the end of the session, with Tomaselli opting to reverse to get into the support pitlane. The pair are under investigation for not following the race directors instructions.

One point behind Chadwick in the championship, Alice Powell ended up 17th of the 18 drivers despite being among the early pacesetters.