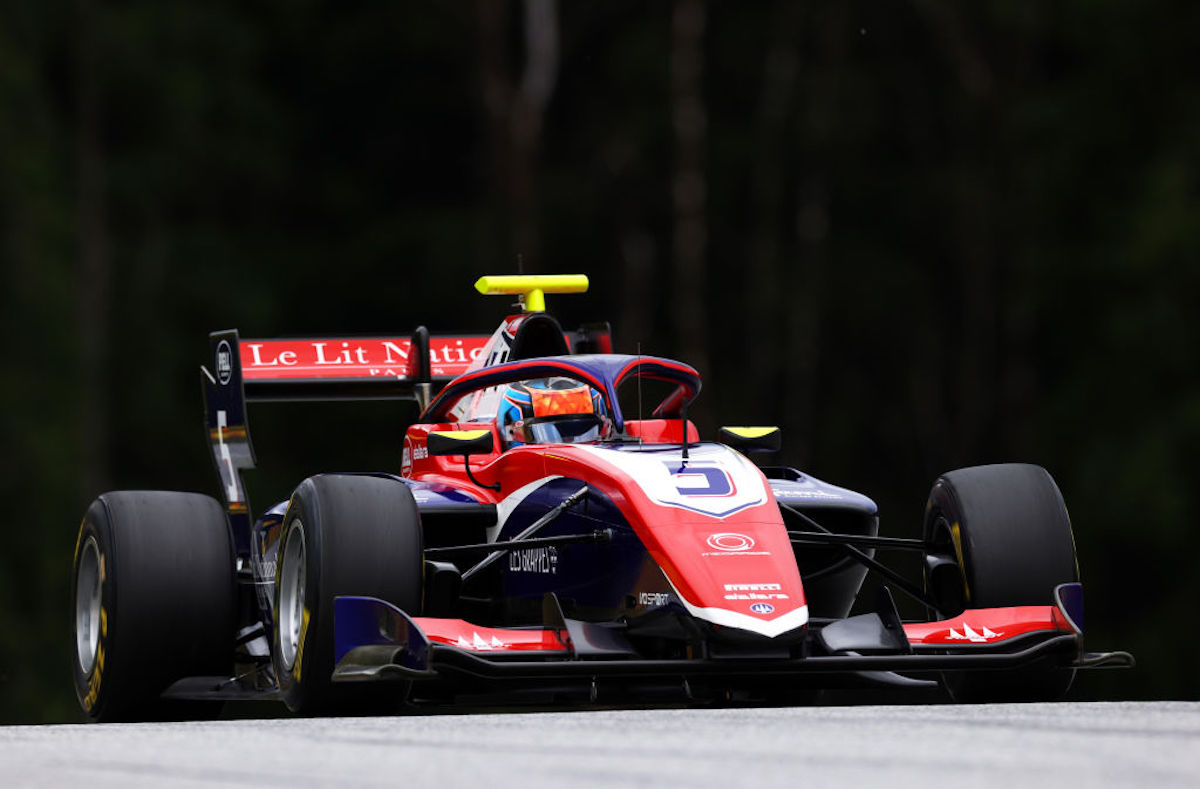 Trident’s Clement Novalak set the fastest time late on in the free practice session for the fifth round of the FIA Formula 3 Championship at Spa-Francorchamps.

Alex Smolyar set the pace early with the ART driver topping the timing screens early on.

There were some promising signs from both Charouz newcomers, with Zdenek Chovanec and Hunter Yeany both sitting comfortably inside the top half of the field early on, before Chovanec later spun at Les Combes and continued.

Just past the halfway point, the overcast conditions were met with light drizzle. The change in conditions didn’t faze Trident’s Jack Doohan, who moved to the top.

Campos Racing driver Lorenzo Colombo and then HWA’s Oliver Rasmussen went quickest, but it was Novalak who would climb to the top at the chequered flag with a time of 2m05.330s.

The French-Swiss driver was 0.495 seconds ahead of Rasmussen, with Colombo and Doohan the last drivers within one second.

Jak Crawford found time in the final minutes to move up to fifth for Hitech, with ART duo Frederick Vesti in sixth and Smolyar seventh.

The rest of the top 10 was closely knitted together, separated by only 3 tenths, with Hitech’s Roman Stanek eighth, Prema’s Olli Caldwell in ninth, and Jenzer’s Johnathan Hoggard 10th.

Championship leader Dennis Hauger was 13th, one place behind Matteo Nannini who was close to a colliding with David Schumacher at the Bus Stop chicane.

Slowest of those to set a time, Amaury Cordeel twice got into strife at the same part of the circuit, nearly taking Jonny Edgar with him when he dived into the pits in the early stages, and coming to a halt on track after the chequered flag having missed the pit entrance, earning him an investigation by the stewards.

Jenzer driver Filip Ugran did not get out onto the track.