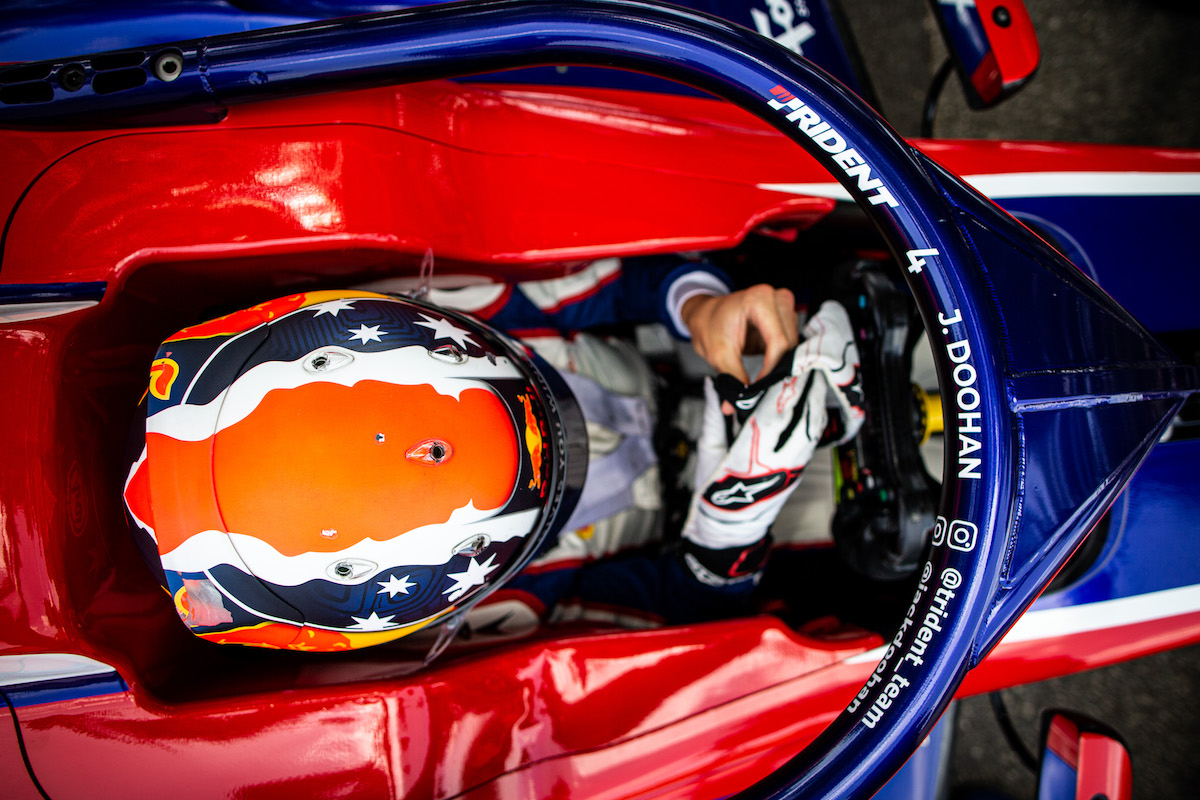 Jack Doohan has taken pole position for the FIA Formula 3 Championship round at Spa-Francorchamps after an early lap in a rain-affected qualifying session.

With the rain starting to pour down to create tricky conditions as the session got underway, Trident driver Doohan made the most of an empty track to top the timing screens with a lap of 2m21.953s that would go unbeaten.

Right behind him, his team-mate Clement Novalak and ART’s Alex Smolyar went second and third quickest as the conditions worsened.

With just under 15 minutes to go, Juan Manuel Correa would spin off the track whilst pushing for a crucial time, and would end the session 27th.

With the minutes ticking down, the drivers continued to push and some were able to improve their times as the track dried out in places.

However, in the dying moments a red flag brought the session to an early end with Tijmen van der Helm’s car stopped on the outside of Blanchimont.

That meant Doohan would claim pole position, 0.704 seconds ahead of Victor Martins, who took second place after improvements during the middle of the session.

Novalak ended up sixth with Frederick Vesti seventh and the last of the Trident driver David Schumacher in eighth.

An impressive ninth from Jonathan Hoggard means he takes his best qualifying result, with Roman Stanek rounding out the top 10.

Lorenzo Colombo claimed reserved-grid pole for race one after finishing 12th, with Jak Crawford to start alongside him.

Championship leader Dennis Hauger was 14th in a difficult session for Prema, one place behind Arthur Leclerc and four ahead of Olli Caldwell.