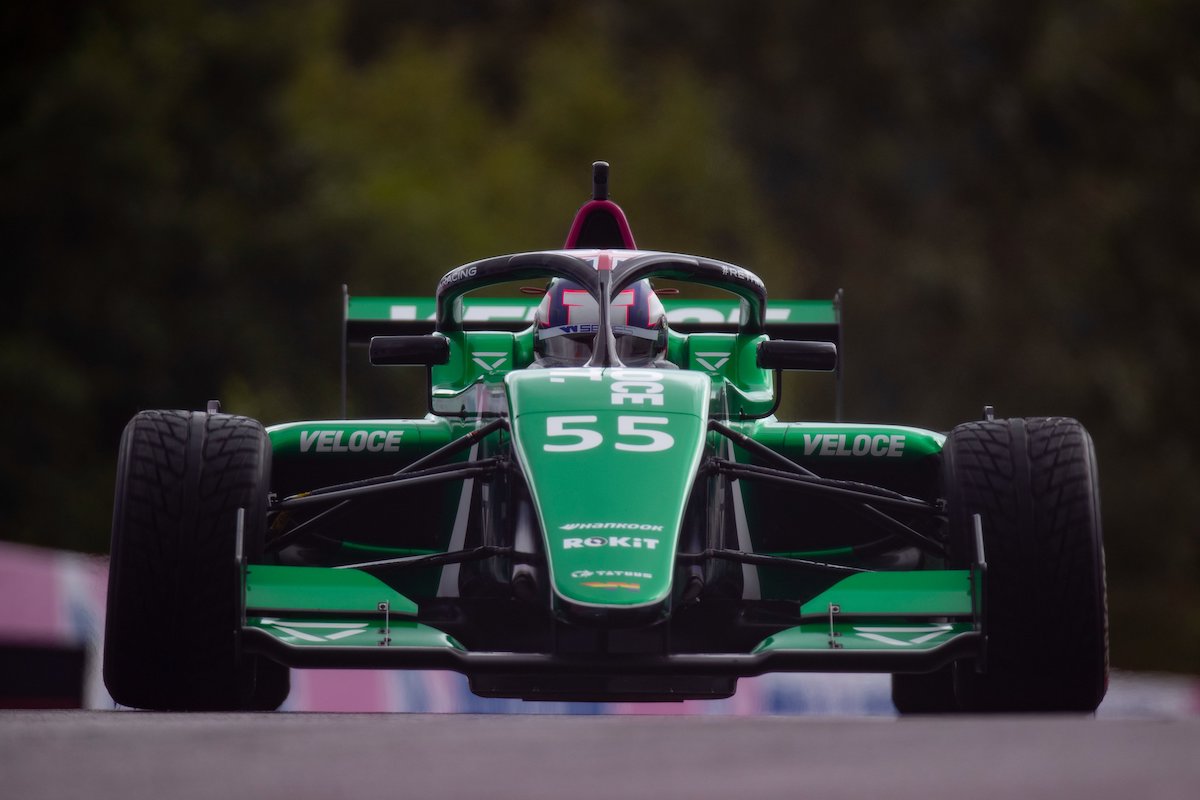 Jamie Chadwick took her third pole position of the W Series season in a qualifying session at Spa that was delayed after a major accident.

Six cars went off at Eau Rouge at the start of the session as mixed conditions across the track left that part of the circuit wet.

W Series issued an update around 20 minutes after the resumed session was completed, stating all drivers involved are “undergoing medical assessment” and that two drivers – Agren and Visser – have been “transferred to hospital for further checks”.

After the delay, the action resumed with a little under 25 minutes on the clock. Lap times dropped dramatically throughout the session as conditions improved, with Chadwick soon jumping up to P1 with a 2m22.393s.

She and Kimilainen would swap fastest times throughout the closing stages of the session, with Chadwick ultimately ending up on top with a 2m18.074s lap.

Powell jumped back up the order late on to take second ahead of Nerea Marti and Catlin Wood, while Kimilainen dropped to fifth.

There was a minor incident late in the session when Bruno Tomaseli ran into the gravel and brought out the yellow flags, but action was able to continue undisrupted. She qualified 10th, though will receive a two place grid penalty for reversing on track at the end of free practice after she missed the pit entrance.