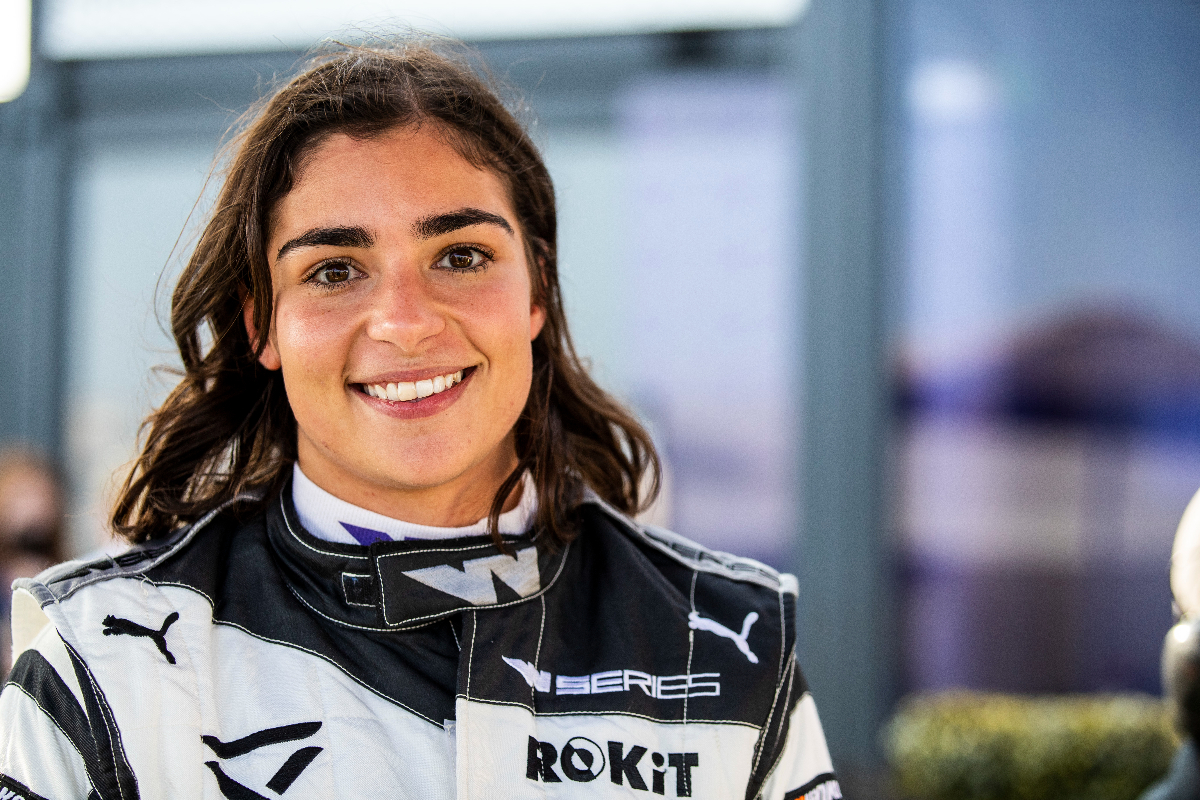 Two-time W Series champion Jamie Chadwick will continue in the series for a third campaign in 2022, representing Jenner Racing.

Chadwick won the title in both 2019 and ’21, the two years the championship has run, with four victories en route to her second title last year as a Veloce Racing driver, and has spent the last two years as a Williams Formula 1 junior.

Having initially been linked to a step up to FIA Formula 3 with a British team this year, she will now instead remain in W Series. Her Veloce allegiance has ended though, and she instead will carry the branding of former Olympian Caitlyn Jenner.

“I am really excited to be returning to W Series to defend my title,” said Chadwick, who is aiming to dovetail the campaign with another single-seater racing programme that could still mean a step up from W Series.

“To be asked to return by Jenner Racing was an opportunity I didn’t think twice about. Together, we are focused on doing all we can to win title number three. I have spoken to Caitlyn Jenner and her vision for the team is amazing. I have zero doubt that she will be able to help take my career to the next level and open doors for me internationally.

“This is a big development year for me. I have plans to run a supporting racing programme and I have made no secret of my desire to compete in F3 and F2.

“But timing is everything and the opportunity that W Series gives me to get more competitive experience at world-class circuits is a key step on my journey towards competing in F1. I would like to thank W Series for their continued support, and I am looking forward to kicking off season three in Miami.”

Chadwick raced in the off-road Extreme E series last year, but has dropped that commitment to focus on securing her double single-seater programme.

“Jamie is an exceptional talent who has helped elevate the profile of W Series and inspire the next generation of female racing drivers with her performances on track – which have seen her become a two-time W Series champion – and off it where she has articulated our mission passionately and eloquently to a global audience,” said W Series CEO Catherine Bond Muir.

“We are delighted that she has decided to defend her title, and I can’t wait to watch her race at eight iconic circuits on the F1 calendar for the Jenner Racing team.”

While Jenner Racing has been branded by W Series as a team, the championship has not yet commented on if it will be open to teams this year or remain a centrally-run franchise.