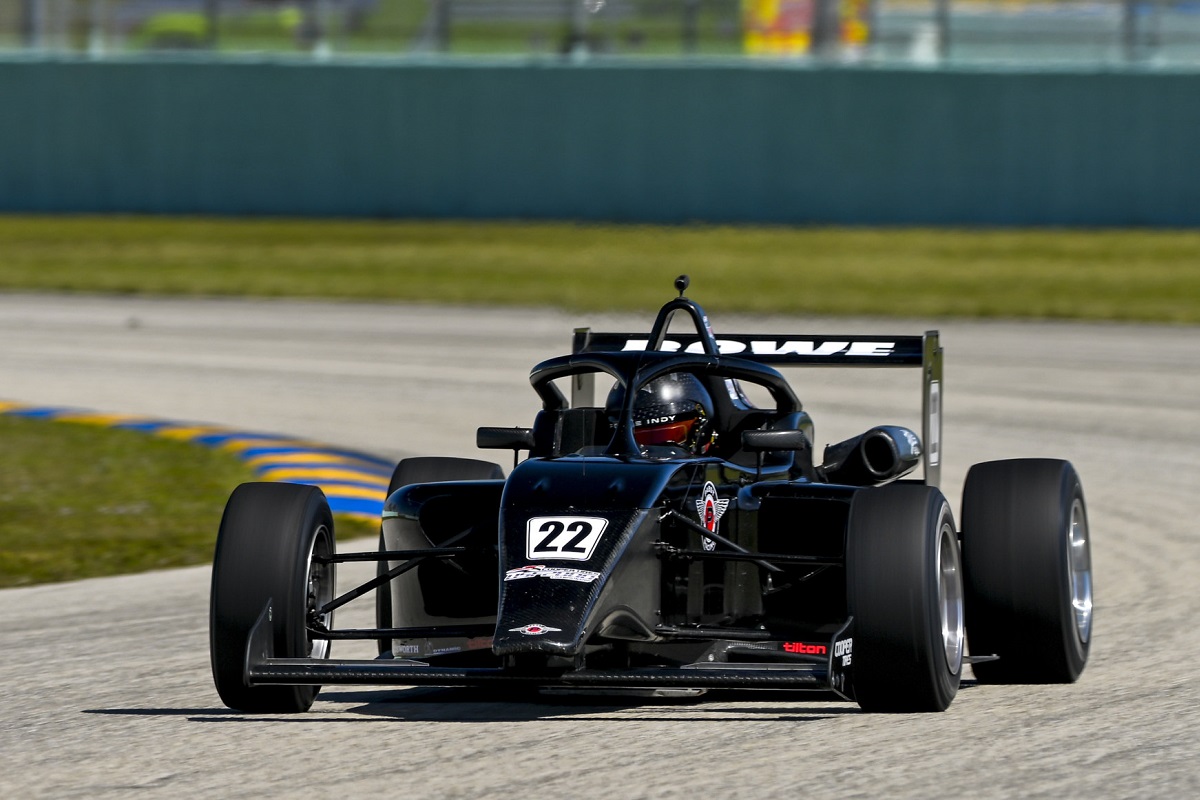 Myles Rowe will embark on a second season in USF2000, joining Pabst Racing in St. Petersburg this weekend after losing his Force Indy drive.

The 21-year-old, who has been supported by Team Penske’s IndyCar champion Will Power, got on the USF2000 grid last year with the Force Indy team that is part of IndyCar’s Race for Equality & Change diversity programme. He won a race as a rookie.

Force Indy has now moved on to Indy Lights, which left Rowe driveless. He launched a crowdfunder for 2022, which attracted a $200,000 contribution, and joins Pabst with Penske Entertainment – owner of the IndyCar series – as his primary sponsor.

While it is not clear how far into the season Rowe’s budget will take him, it is expected he will be on the grid for round two at Barber Motorsports Park in two months’ time.

Bringing the grid for the USF2000 opener up to 19 cars is three more additions.

Joining Rowe at Pabst is Jace Denmark. The 17-year-old drove for the team last year and came 11th in the standings, two positions ahead of Rowe. He is expected to do the full 2022 season.

At Jay Howard Driver Development are two additions, with Frederik Lund and Jorge Garciarce both coming from Europe to race in St. Petersburg.

Nicaraguan-registered Lund will be primarily racing in Italian Formula 4 this year with R-ace GP, and did five races in Danish F4 in 2021. He claimed one podium with Team FormulaSport, and tested with teams such as AKM Motorsport and Global Racing Service in the south of Europe. Last year was also his rookie season in senior karting.

Mexican teenager Garciarce, who has anglicised his first name to ‘George’ for racing in America, spent last year racing in F4 for Jenzer Motorsport. He came 28th in Spain, 34th in Italy and was a guest driver for two rounds in ADAC F4.

He moved to Europe as a protege of drinks company Sidral Aga’s racing operation, which had ran him domestically in karts then also brought him into touring cars and single-seaters in teams under its own name.

In NACAM F4 he was sixth in the 2019-20 season and won a race, while in Super Copa Mexico’s single-make Mercedes-Benz touring car championship he was a winner in a car shared with NASCAR Mexico champion Salvador de Alba, who is joining JHDD in Indy Pro 2000.