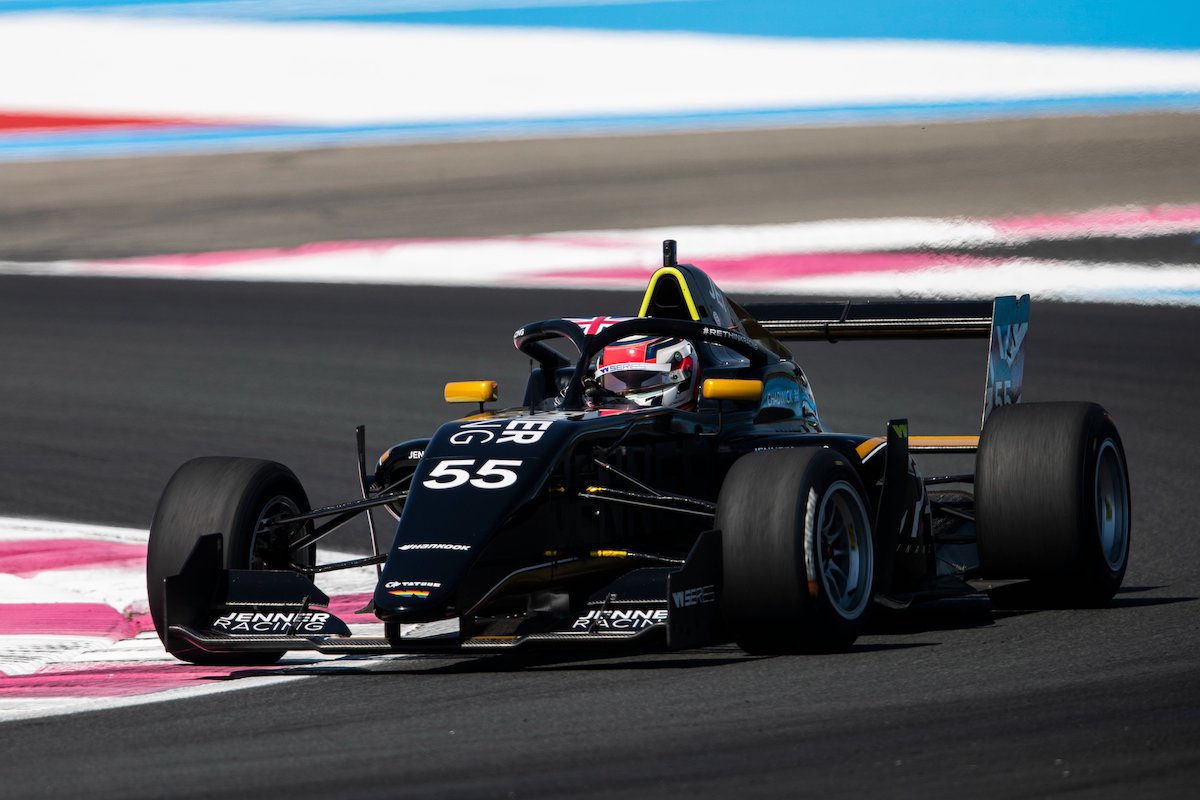 Jamie Chadwick recovered from a post-qualifying penalty to take another dominant W Series victory at Paul Ricard, her fifth of the season.

The championship leader came through from third on the grid, her worst starting position this year, to finish 2.4 seconds ahead of Belen Garcia.

It was a dramatic start to the race as second on the grid Nera Marti struggled to get away. That caused a slow start for Marta Garcia directly behind her. Abbie Eaton tried to get around the outside of Garcia, but there wasn’t enough room and she was sent over the side or Garcia’s car and briefly airborne.

The incident prompted the first safety car of the race, but Chadwick was already in the lead by this point. The slow start from Marti had gifted her second off the line, and a move around the outside at turn three allowed Chadwick to move past pole-sitter Beitske Visser.

Chadwick got a good restart and broke away from Visser quickly, but the race wouldn’t be green for long. Further back, Emely de Heus and Chloe Chambers came together, and Chambers was left stranded on track with a damaged car. De Heus was able to continue but was handed a 10-second stop-go penalty for the incident.

This time, Chadwick wasn’t able to shake Visser on the restart and Visser was able to sweep past for the race lead. A few meters later, Chadwick came back at Visser to take back the position.

Belen Garcia followed Chadwick past a short while later, but couldn’t keep up with the race leader. Despite setting the fastest lap of the race, Garcia finished 2.4s back. The recovering Marti came through to take third, within a second of her team-mate Garcia.

Visser dropped down to fourth after a wide moment allowed Marti past.

After a difficult qualifying session, Alice Powell claimed fifth, ahead of the battling Marta Garcia and Fabienne Wohlwend.

The two spent the second half of the race battling for position. Wohlwend held the advantage for most of the battle. Sarah Moore and Abbi Pulling were able to join the battle, with Pulling getting ahead at one point, but it was Garcia in front at the chequered flag. Wohlwend took seventh, ahead of Moore and Pulling, while Jessica Hawkins completed the top 10.